As I mentioned when I was raving about popsicles, I was in Nashville, TN last weekend. I’m finally getting around to getting the restaurant reviews up. I was in town for a bachelorette party with 8 other girls. None of whom are vegans. We headed to The Southern for dinner one night, and I was beyond starving. After a day of drinking (it started with a tavern on wheels bike tour with bar stops along the way) and only a salad on the menu I could remove the cheese and eat for lunch, I was not just hungry or starving. I was hangry. (You know, when you are irrationally angry because you’re so hungry?) 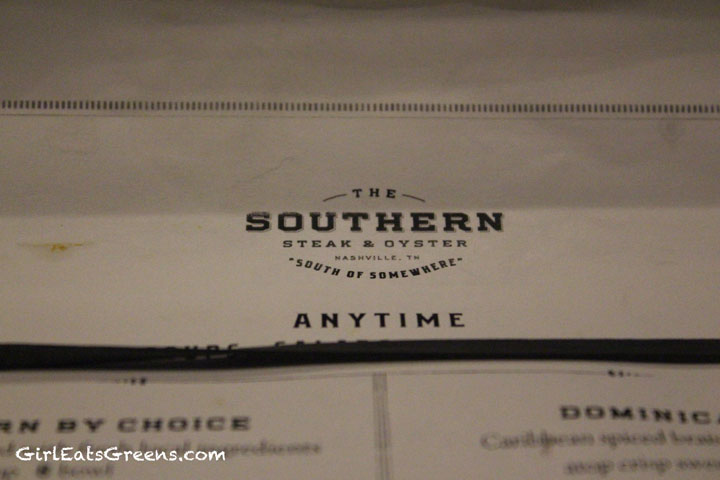 When the waiter told me the veggie plate was actually some sort of vegetable  baked with cheese and pastry and there was nothing on the menu I could have besides a salad sans feta I almost lost it. So I took another spin through the menu and noticed the Bahn Mi Tacos- pork belly tacos with pickled daikon, carrot, cucumber and spicy hoisin sauce and served with kimchee. I asked the waiter if there was any way they could not make with pork belly (gross!) and instead add black beans. He was skeptical and tried to persuade me towards a different taco option which was even less vegan friendly – avocado aioli, fish, and queso fresco. After you take all that out I would have been left with mango salsa and black beans. And I’m allergic to mango. In the end, my powers of persuasion worked! 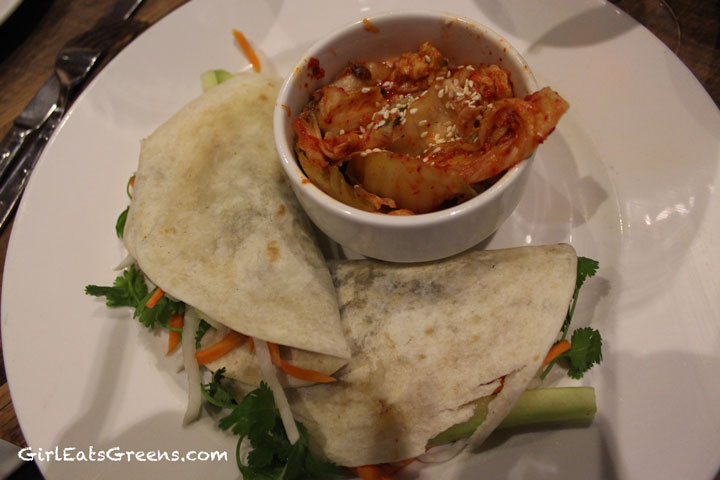 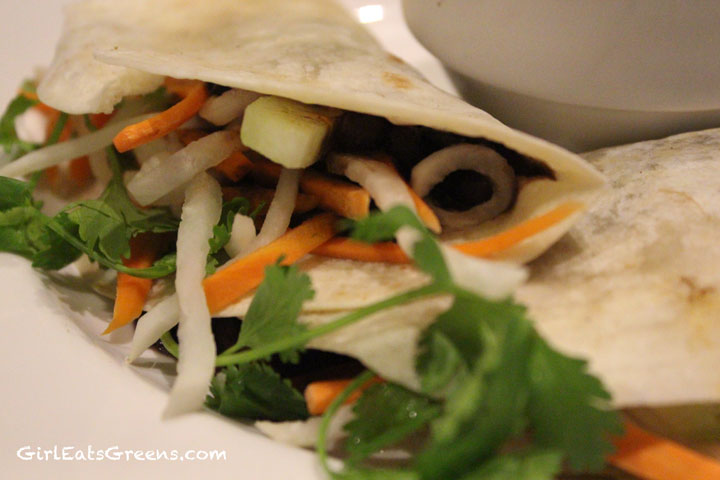 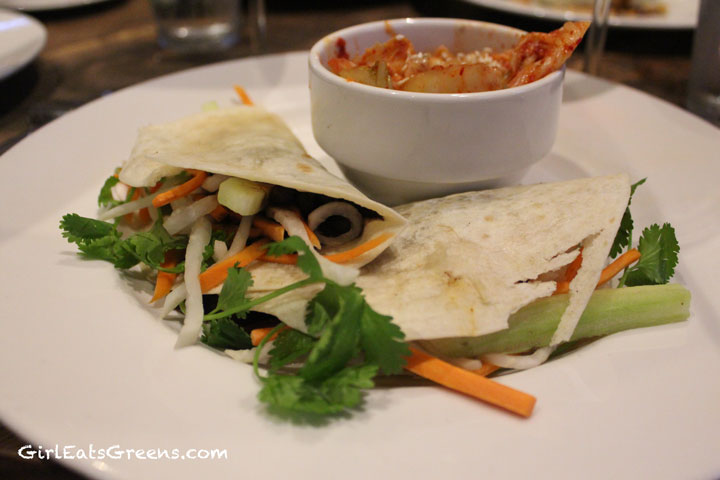 The restaurant itself was a little brighter than I’m used to, but it was clearly a place where all the cool kids in Nashville were hanging out. The space was giant and the service was good. The rest of the menu was entirely southern – chicken fried steak, mac and cheese, ribs, you get the idea. All the other girls seemed to love their meals and I was happy we could all enjoy a great dinner together.

I loved this meal and I don’t think it was just because I was hangry. It was darn good. And the sangria wasn’t bad either! 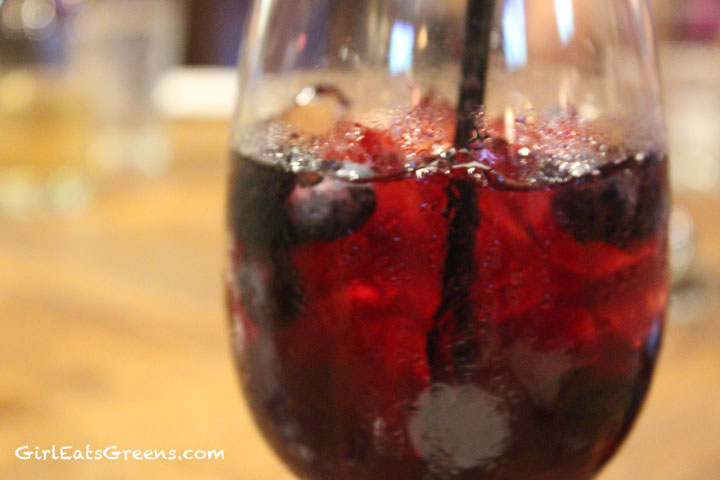