The most magnificent thing has happened. My favorite (and super close to home) health-food store installed a dairy and soy-free ice cream counter. Now, they’ve generally had a great selection of vegan ice cream in the back of the store by the pint. But let’s be honest I don’t have the self-control to keep a pint of ice cream in the freezer because it would be gone with one sitting and an episode of the Sopranos.

By the scoop is so much better! We can walk the dog, stop for a scoop, and eat around the block or come back and ice cream couch surf.  And they have a few different flavors – key lime pie is my fav and was the scoop on the bottom in these pictures. On top was peanut butter chocolate – though as we quickly learned they don’t go together. (After the little photo shoot I immediately separated the flavors).  But it’s really the best! 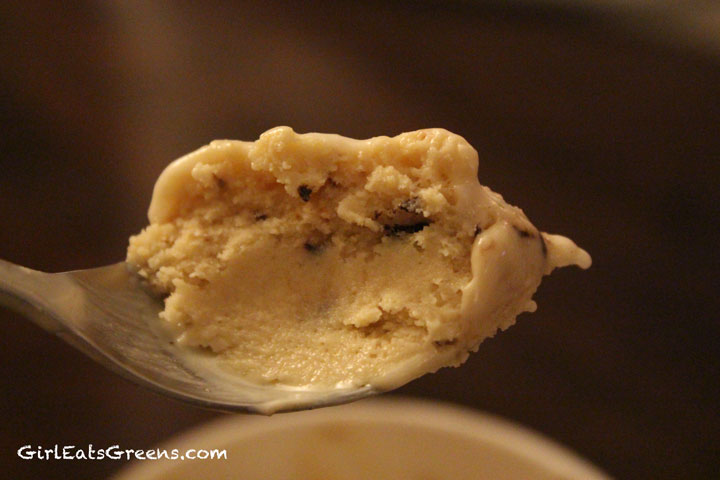 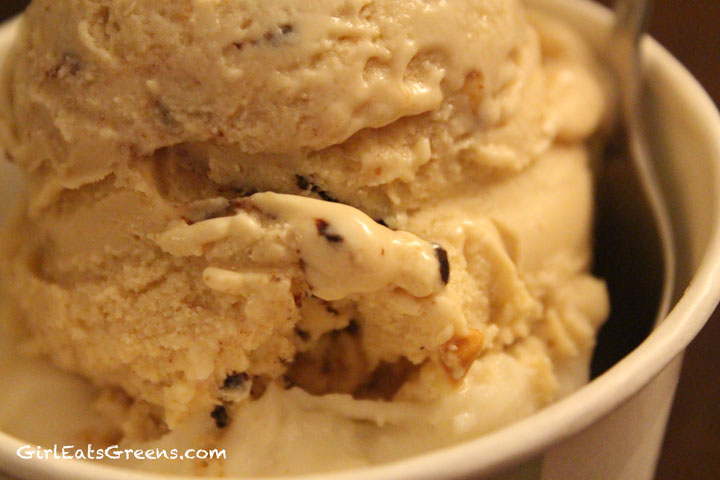 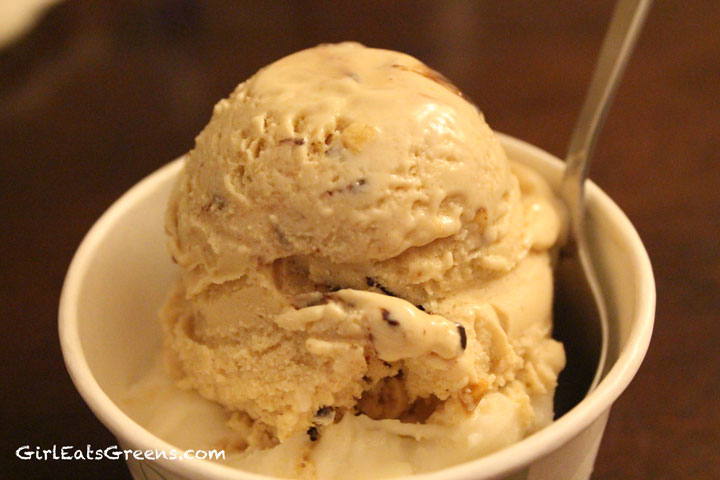