It’s that time of month again – where our dinner club convenes for a night of wine, food, and good company. This time we headed uptown to a candle-light tapas restaurant. Sojourn, as the waiter explained to us, is all about sharing. While the girls haggled over who was ordering what and sharing with who, I stuck to my wine and looked over the appetizer and side items on the very meat and cheese heavy menu. 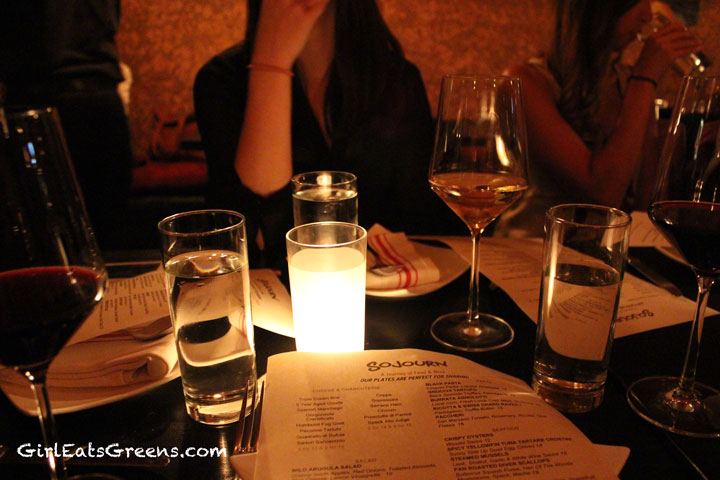 It took us longer to order than usual – I think it’s hard to coordinate tapas orders among 11 girls – but the waiter was terrific. I’m pretty sure we already had one or two bottles of wine finished before we even ordered and he was very attentive to what we were ordering and when. I pulled him aside and explained my vegan situation. And he was more than accommodating – explaining that the Brussels sprouts were cooked with olive oil and lemon and not butter, and that yes, it would be perfectly fine to do the kale salad without the goat cheese. 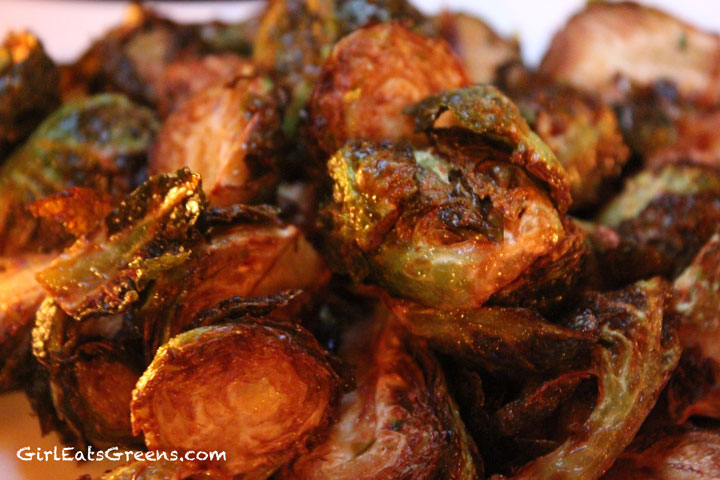 So that’s what I went for. And let me tell you, these Brussels sprouts were insane. They were so lemony and crispy that even the meat-eaters loved them. The kale salad is apparently a new, fall addition to the menu and with the butternut squash and walnuts, it was terrific too. I thought I would still be hungry at the end, but I was more than stuffed. And the waiter came by multiple times to check on me, and told me that he was bringing over free desserts for the table, but none of them were vegan. And then he profusely apologized for not having a vegan dessert.  Apologizing for not have a free dessert for me, when I was already full? Bonus points for him. 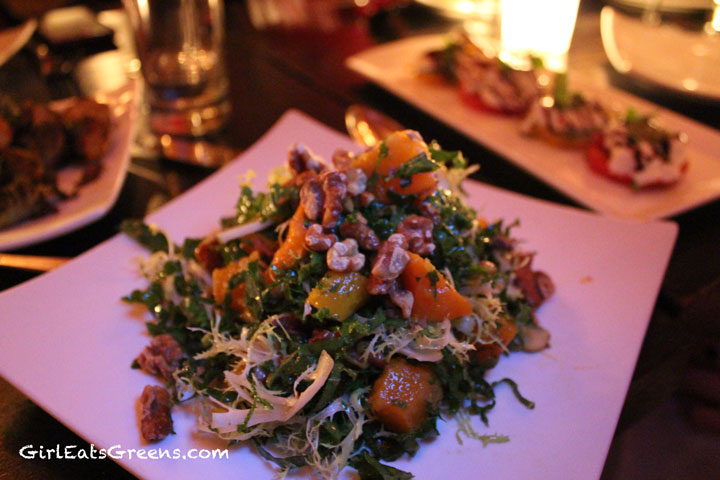 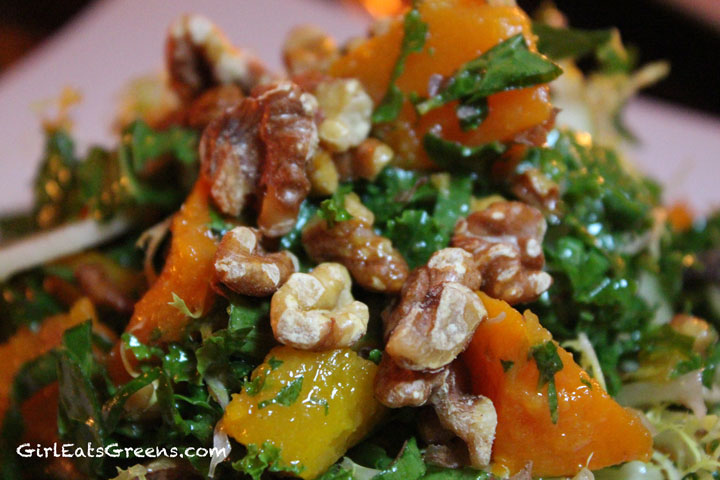 Sojourn was a really cute space, I could even see heading here for a date night. The food was terrific and you really can’t beat good service, good food, and good ambiance. I was also in love with their playlist – a mix of ballads and 90s pop. When I’m over on the east side, I’ll be back.