R and I are often looking for new vegan-friendly places to try out throughout the city. After a particularly wild Friday night where I managed to lose my keys, we were in the West Village on a mission to recover said keys. In my defense, they were in my coat pocket and I do remember my friend picking my coat up off the floor at one point – which is when they must have fallen out. I guess that’s not much of a defense. In any case, our mission was successful and we were lucky we didn’t have to change the locks on our apartment. Since we were in the neighborhood anyway, we decided to check out Soy & Sake – a vegetarian joint with tons of windows looking out onto 7th Avenue.

We were both a little unsure what to make of the place. First, it had a huge menu. And there didn’t appear to be much dairy on it at all. We both looked at each other and said “pages and pages of menu – and we can eat it all?!” If you’re a vegan, you probably understand. Or if you’re my father, who has celiac disease. It’s one of those things where you’re used to being relegated to one small section of the menu – if you’re lucky. Usually I choose between the salad and a pasta with plain tomato sauce. Neither are always appealing. 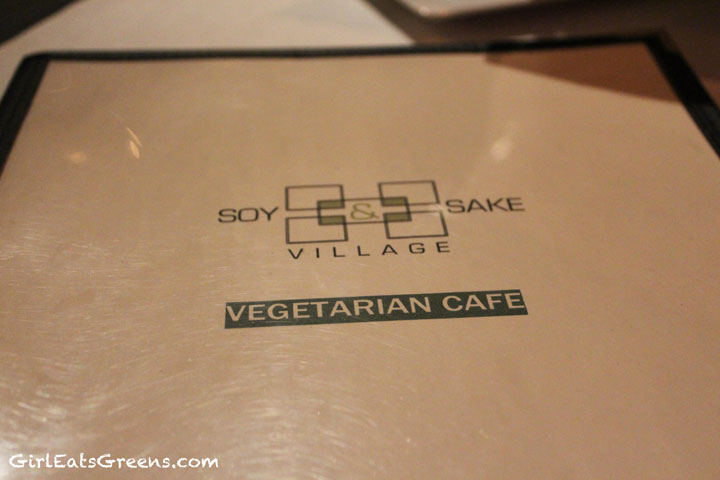 I guess Soy & Sake’s schtick is fake meat. Which I didn’t really know ahead of time. The menu even says chicken and shrimp. But it’s not real chicken and shrimp. As someone who was never a huge fan of meat (other than fish) this seemed a little strange. But R was ready to jump right in. We started with the pork buns (again – not actual meat). They were actually my favorite part of the meal. The sauce inside the buns was kind of sweet but kind of tangy. It was no Ippudo bun, but it was good nonetheless. 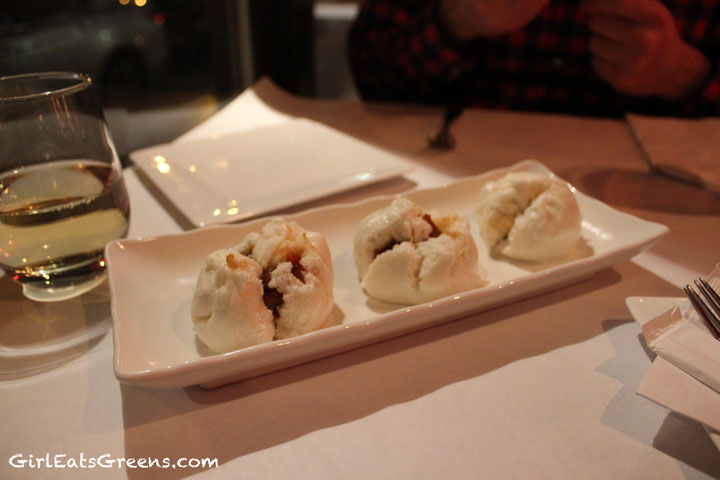 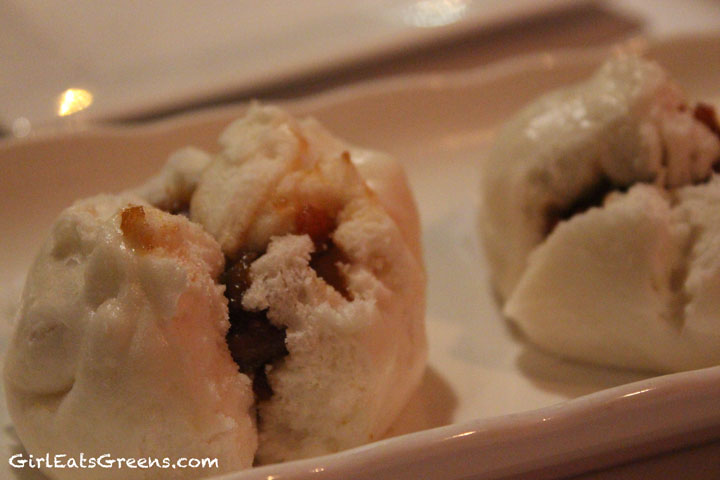 For the main dish, I ordered the black bean ginger stir fry and added “shrimp.” The veggies were good and fresh, but the shrimp left a lot to be desired. It felt like I was chewing on rubber, which I guess is what shrimp feels like kind of? But I could have done without. 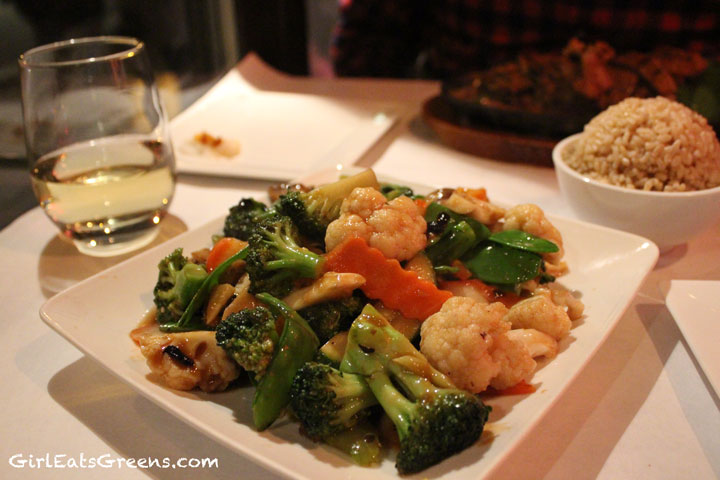 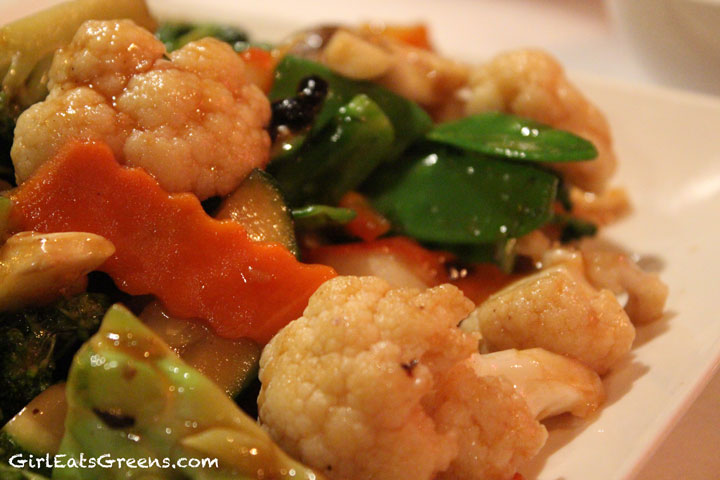 R ordered the chicken teriyaki which we both thought felt way to close to fatty meat when you ate it. The flavor was good, but the texture was too meat-like. Maybe it’s a sign that we’ve been away from meat so long that substitutes really don’t do it for us? 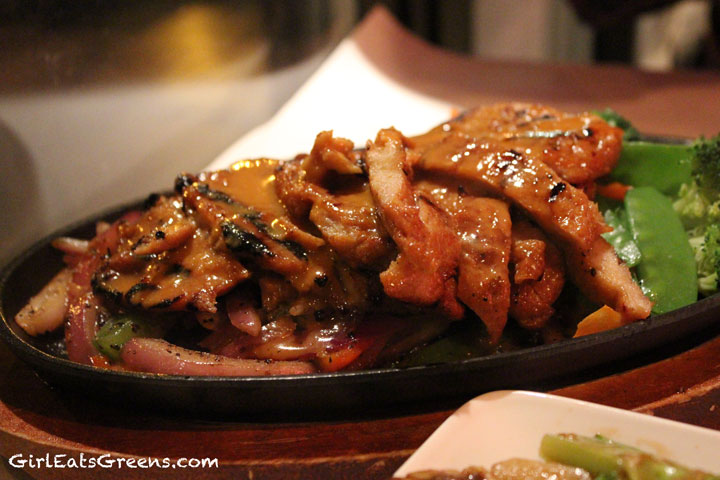 The restaurant was clean, the service was pretty good, and the hostess was a sweetheart. Having pages and pages of menu to choose from will probably bring us back here at some point. Maybe that time we’ll try out the sushi. I don’t think either of us will re-visit our dishes. But the buns I’d eat again.

3 responses to “Soy & Sake – Vegetarian Fare in the West Village”