After our Hanoi/Ha Long Bay extravaganza, we headed south to Ho Chi Minh City (formerly known as Saigon). We only spent two full days here but it was quite the experience. We sought out a lot more war history in the Ho Chi Minh City than we had in Hanoi, mostly due to the delay and missed day in Hanoi, and frankly, the war museums were on my to-do list for this stop. While it was definitely something I wanted to do and see, a lot of it was hard to take in. 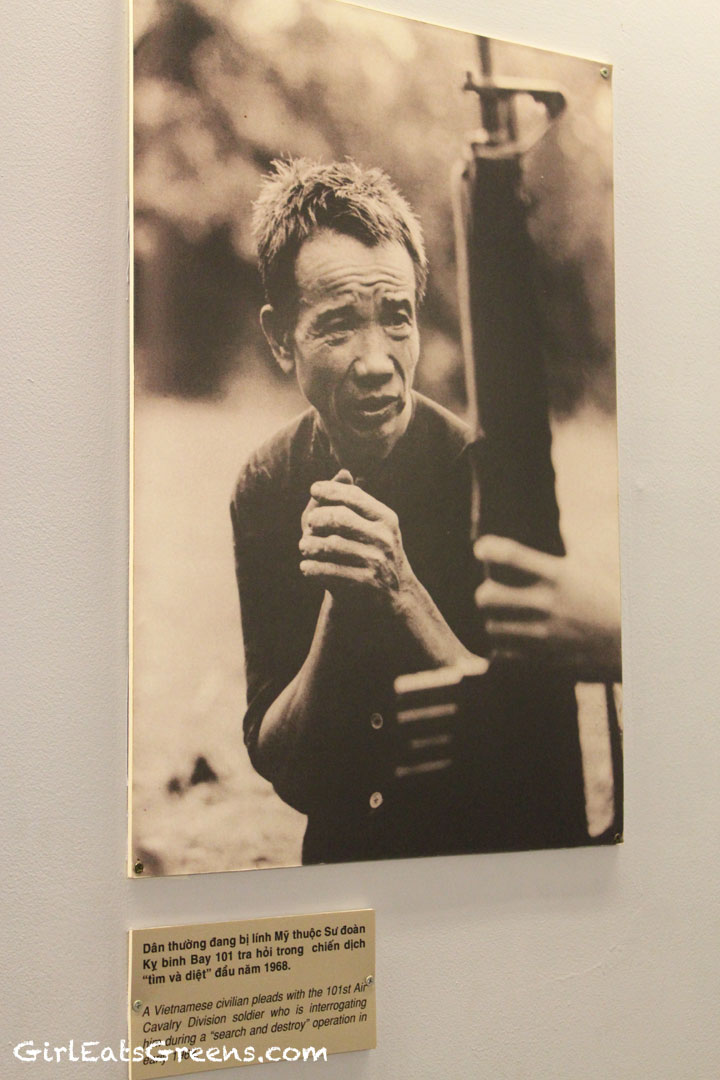 We all know war is never good for the civilians who are stuck in the middle of it, and of course American views on the war were mixed to say the least. But at the War Remnants Museum we saw a side of the war that I’ve never seen before in the US – the Vietnamese side. Granted, there are different sides to every war, even within countries that are fighting. Some support it, some do not. But to see the portrayal of American policies as a genocide and an invasion, was an extremely humbling and surreal experience. 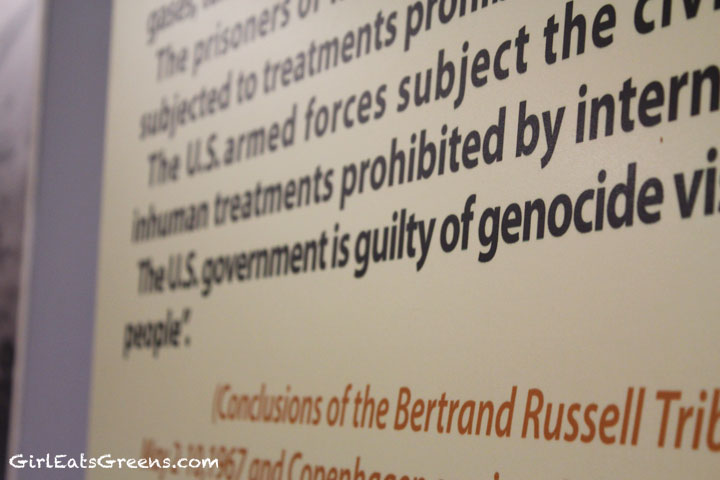 I couldn’t even bear to take pictures in the exhibit dedicated to Agent Orange, and some of the other photos in the general exhibit were so graphic it made you physically ill to look at. As I write this I’m thinking “wow, you’re really making it sound horrible.” The thing is, it wasn’t horrible. It felt important. To look at our country’s history from a different view, to learn to put yourself in the place of another. After all, isn’t that the entire basis of empathy and compassion?

We also managed to get to Reunification Palace (also called Independence Palace) which had a lot of interesting war history as well. It served as the headquarters for the southern government during the war, and calling it a palace is not an understatement. The attention to details in this place was so interesting and you really felt like you were walking through history looking at each of the rooms adored with gold and fancy furniture. My favorite part was the president’s office – complete with staircase down to the bunker. It was called Norodom Palace during the war and was essentially the scene of the end of the war. Two Northern Vietnamese bombs fell on the palace and that was essentially the fall of Saigon. Little bit of trivia for you on that one – save that for your next cocktail party. 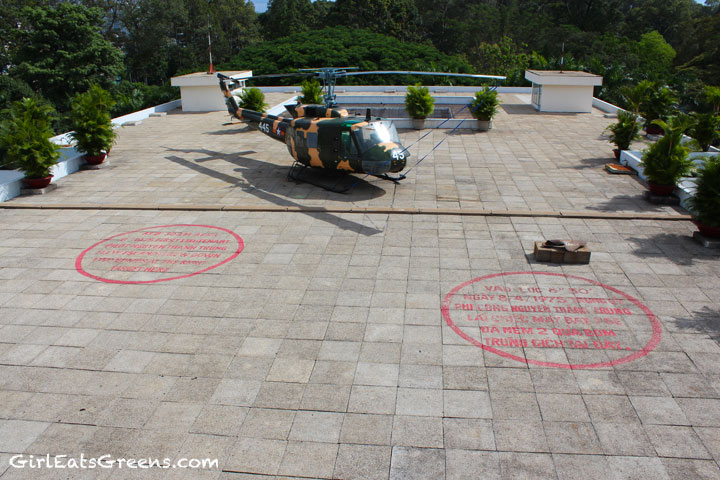 Now, it wasn’t all doom and gloom. We did manage to have some fun and made some entertaining memories. Like when we got massages and there was some serious lost in translation moments. I thought I was going to be squished to death by this tiny woman’s elbows and feet while she walked on my back, and couldn’t figure out how to tell her it hurt rather than felt good. Hilarity ensued.

The city itself seemed a lot more developed than the area we spent time in while in Hanoi. Our hotel was a traditional western-like hotel, a high rise with a rooftop bar with some great views of the city.

And there were some really interesting architectural highlights as well – another really interesting cathedral near the post office, which in and of itself was a tourist destination. It reminded me a bit of Grand Central with all it’s grandeur and had the most interesting phone booths I’ve seen in a long time. We even managed to actually send postcards from there. (You’re welcome mom & dad!)

One thing that was very similar to Hanoi was the amount of mopeds all over the city. And the craziness of crossing the street. By this time, we felt like pros and were ready to take on any street crossing, there were even stoplights at some streets! The sheer volume of mopeds never ceases to amaze me and I couldn’t help but try to catch a good shot of them in action. 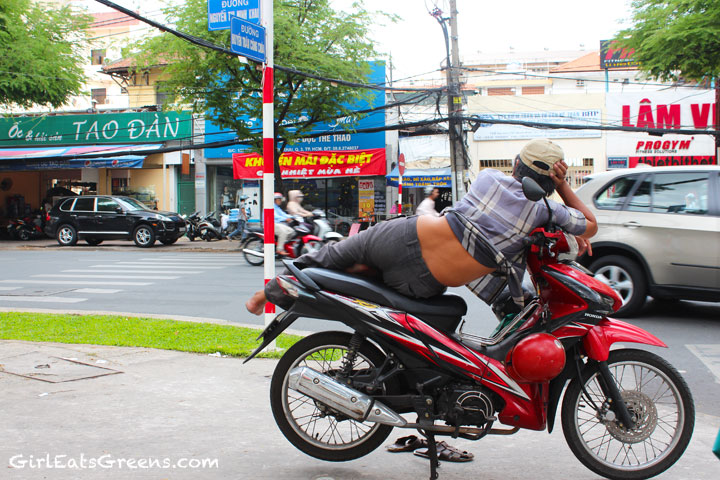 All in all, Ho Chi Minh City was another great find, with delicious restaurants (you’ll have to wait for the next Travel Tuesday post for those!), and tons of history to take in. You don’t have to be a history buff to appreciate the significance of our involvement in Vietnam, and you definitely don’t have to be a history buff to enjoy the food and the scenes. Because after all, isn’t traveling just amazing eye candy? It’s bonus points if you learn something new.