This recipe is inspired by my recent weeks galavanting across the south. With all the BBQ and other southern food I couldn’t partake in, there was one dish in general that I could put my own spin on – creamed spinach.  Not actually being southern, I don’t think I’ve ever actually had creamed spinach. But after seeing it a lot and doing some googling around to see what exactly is in it – I decided I could completely make my own version. With kale. And it just so happens…I pulled it off! 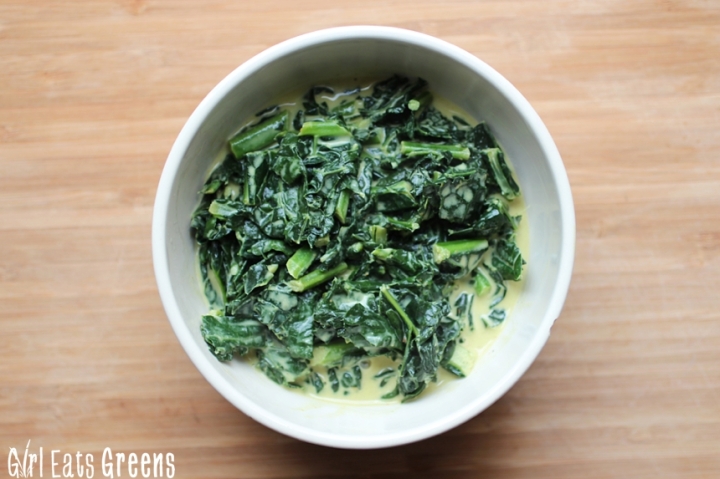 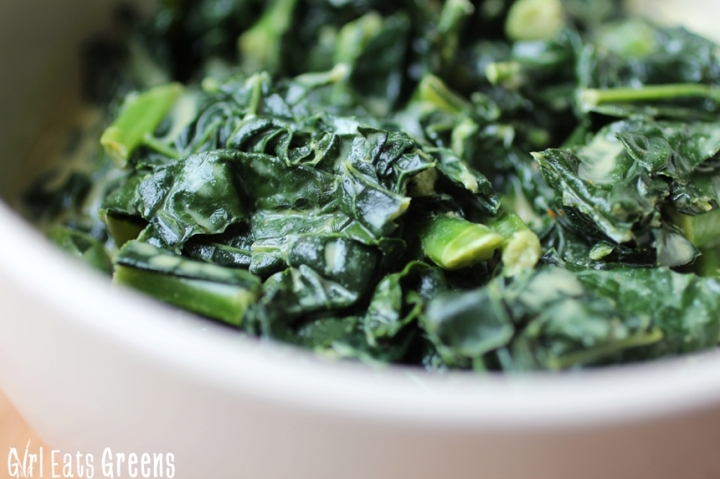 I was surprised by how absolutely delicious it was. I figured the best way to break down the kale a bit so it would be more tender like spinach was to blanch it – basically just boil it a bit before sauteing. And it worked really well. I’ve never had kale turn out so tender and soft like a spinach but this definitely did it – while still keeping some of the earthy flavor of the kale. 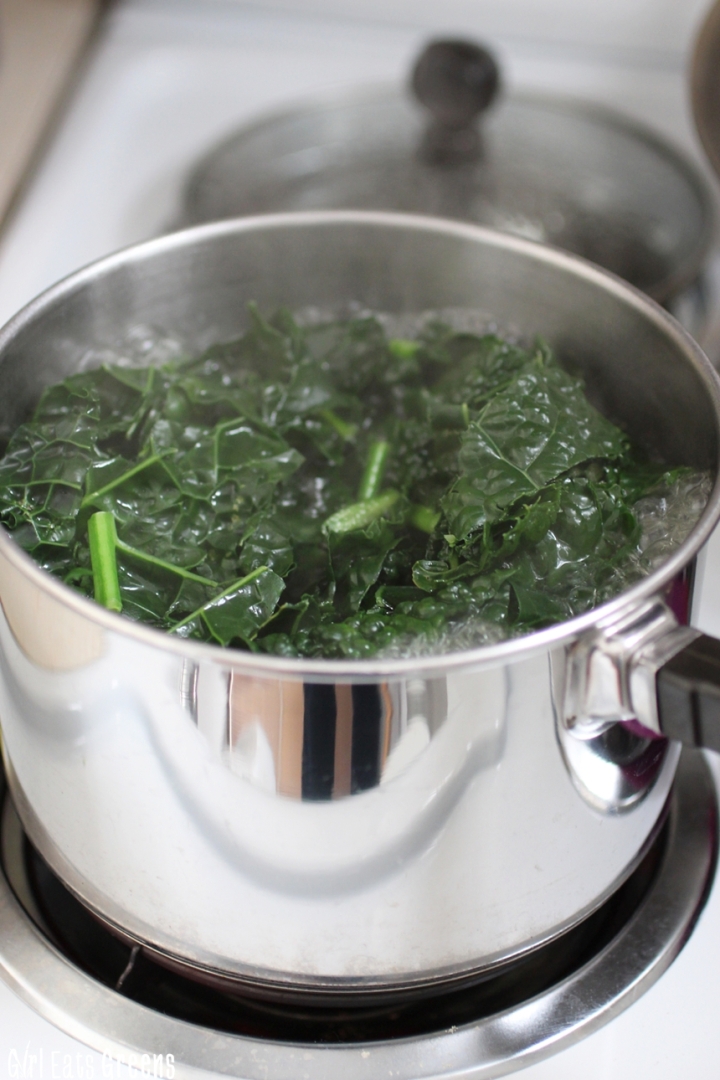 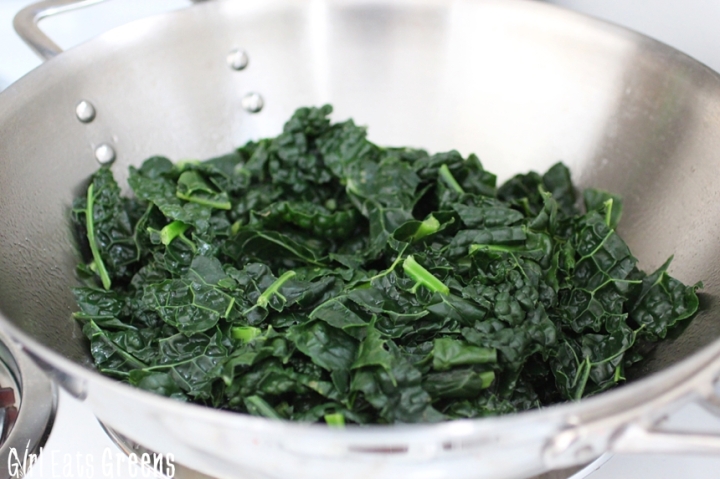 I decided the quickest way to replace the cream was with coconut cream to get around having to soak or boil cashews to make cream. And since the flavor of coconut would be inevitable, I decided to really go with it and play up that flavor. I added a touch of curry powder to give everything even more of a coconut-curry taste. I also added in a bit of nutritional yeast for more of a cheesy touch and I have to say, when everything came together the kale was super tender, slightly sweet, with a tiny bit of spice. I was in heaven.

I’m not entirely sure how I feel about this from health standpoint – but it was so so delicious I couldn’t resist. The boiling and sauteing might take a bit of the nutrients out of the kale – but at the end of the day it’s still a vegetable. There’s definitely worse things I could eat. And it was just so darn delicious it took all my power to not eat all of it in one sitting. 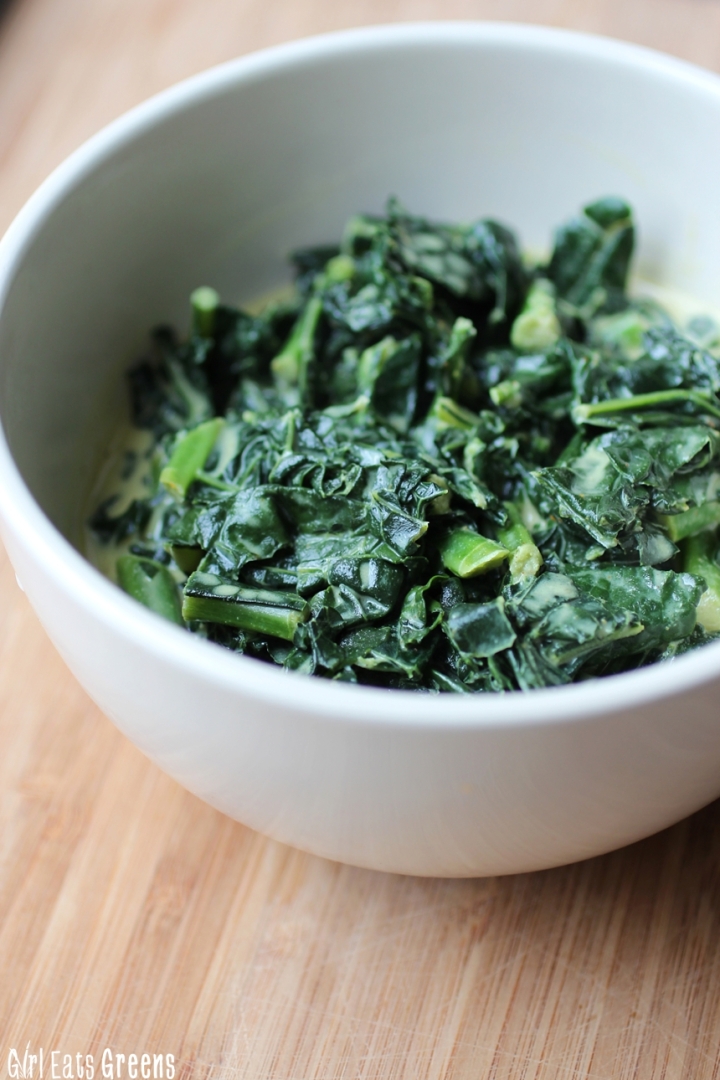 The best part about this dish is that it makes a great side – but if you’re someone like me who turns side dishes into mains all the time – t was super easy to turn into a whole meal. I served it over quinoa and some baked crispy chickpeas and it was a perfect lunch and would make a great dinner too. There was just enough cream to also act as a little bit of a sauce on the quinoa. I’m getting hungry again just writing about it… 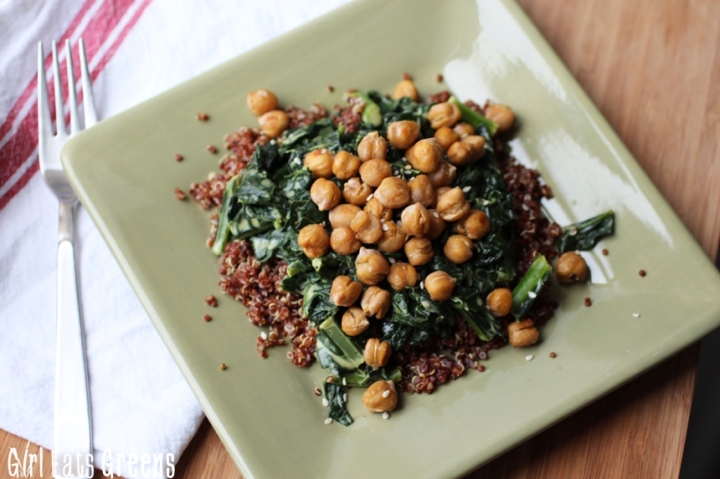 Excuse me, while I go re-make some coconut curry creamed kale for lunch today… say that ten times fast…