I must start by saying I have never, ever been to a restaurant like this one. And I kind of feel like that’s saying a lot because I tend to eat out quite frequently. We recently had some friends in town visiting and the wait for the restaurant we wanted to go to was over 2 hours… luckily for us, our friends had another local friend recommend an “underground” Japanese sake bar. 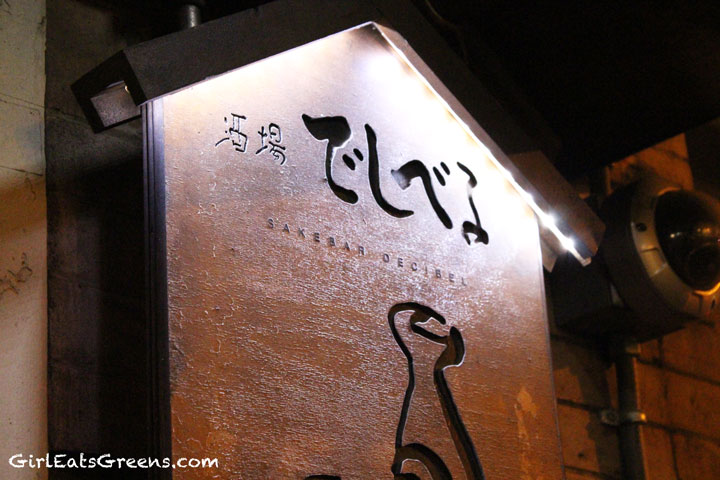 When I first read the text “underground” while walking to find the place, I took it figuratively. As in, no one knows about it. After walking past the restaurant I then realized, no, this was the literal use of “underground.” 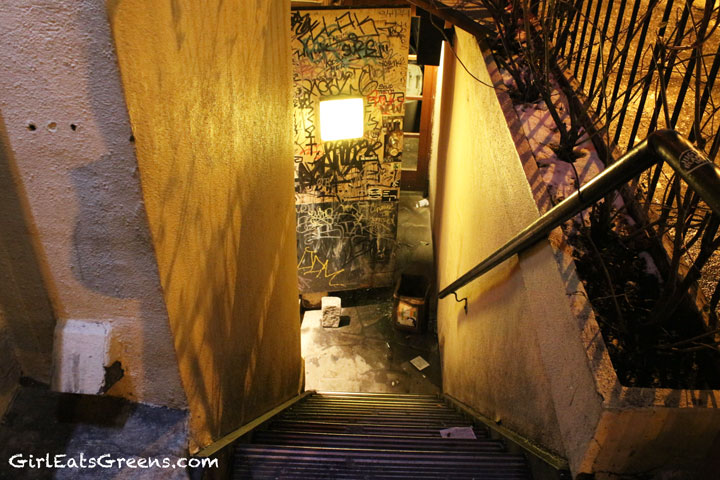 The restaurant didn’t open until 6pm, we found ourselves awkwardly standing around in the cold waiting 15 minutes for the door to open and the owner, or worker, to stop smoking. While tentatively walking down the steps I have to admit I was a little concerned we had gotten ourselves into a strange situation. There was next to no lighting, and writing/graffiti everywhere. But once we were seated and the tables and glasses were actually clean – I began to loosen up a bit and enjoy the ambiance. 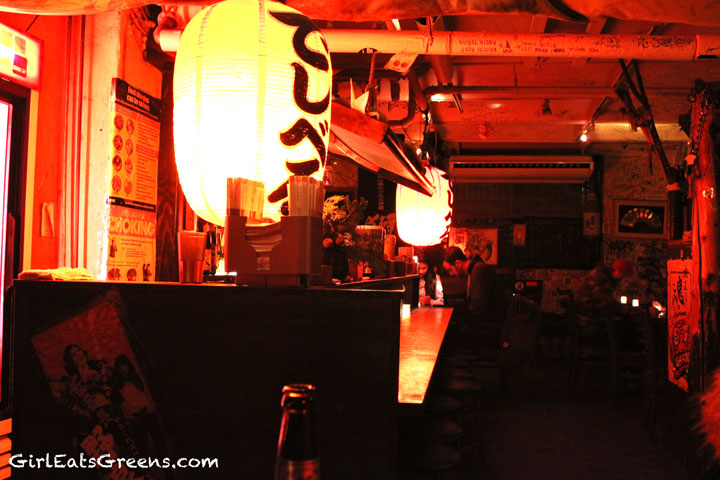 We ordered a whole bunch of the little tapas, starting with plain old edamame and of course, some hot sake.

The actual names for all the dishes were in Japanese, and I can’t for the life of me remember what they all were – so I’m going with my plain old English descriptions. Next up we had sweet potatoes with a soy (or was it miso?) dressing and sesame seeds. I actually made R order these twice because my first photo didn’t quite turn out – and we had eaten them all before I got the chance to take another shot. The lighting in here was not exactly easy to work with!

Then we had some cucumbers with a really unpleasant looking sauce – that tasted really good! Followed by some sort of fried rice ball that I loved (so much so that it’s already half eaten in the picture. Let me tell you, some good conversation paired with hot sake and I easily forget all about this silly little blog!)

Everything came out pretty much whenever it was ready, which I actually really liked because it felt like we just kept eating and eating and eating…which I guess we did. After the rice balls came some fried potatoes that were salty, crunchy, and oh-so-good. 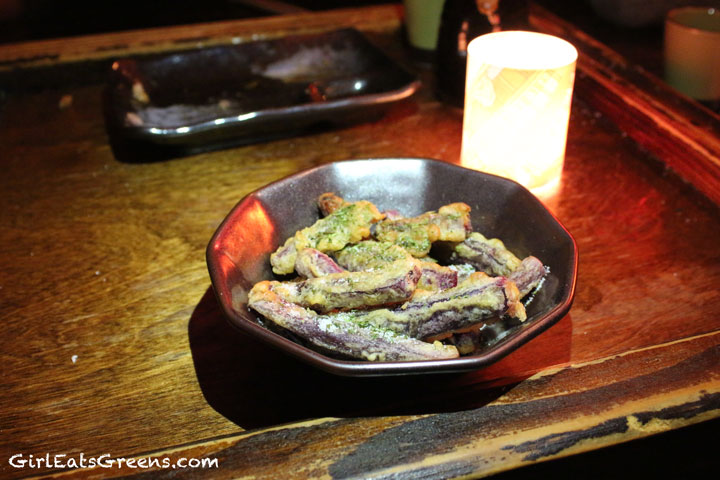 We finished off with two orders of the edamame dumplings which were by far my absolute favorite item we tried. I wasn’t sure there would be much flavor with mashed up edamame, but I was so very wrong. The seasonings inside the dumplings were great, and they were cooked perfectly. These are definitely one of those dishes I was still thinking about days later. 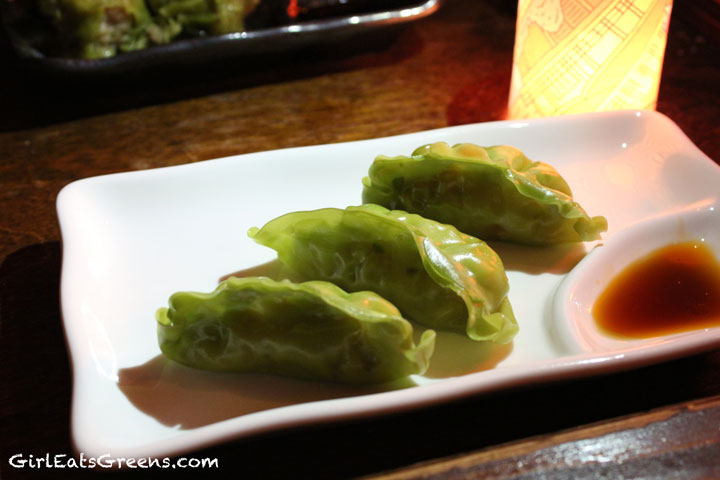 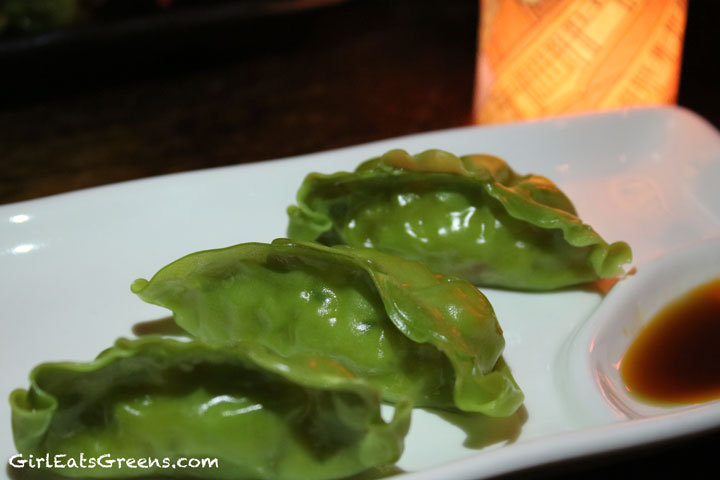 As for the restaurant beyond the food, the waitress was relatively attentive and no-fuss. Not exactly friendly but definitely not rude. We ordered, she brought the sake, someone else delivered the food. She stopped back another time to check on us (and we re-ordered the sweet potatoes). If you come into this place expecting fine dining, well, the walk down the stairs should have been the first signal you wouldn’t get what you’re looking for. But the food was great and Decibel has a schtick that will have me bringing other out-of-town visitors. And how can you not like a place that lets you leave your mark?