Sometimes I think I’m dating a teenager. Not in a creepy cougar way. But in the always-starving-will-eat-anything way. R can eat an entire box of Cinnamon Toast Crunch in one day. He loves PB&J and pizza and faux chicken nuggets.See? Kind of like a big kid. Sometimes it takes me a little bit to get going on the weekends (especially after deciding tequila shots were a good idea – what am I, 21 again?!). So in my attempt to keep R’s hunger at bay, I sometimes whip up a little something so quick and so easy that it will keep him full until the real food gets done. And this time around, I had all the fixings to whip up some mini pizzas. They took really no time at all to prepare, and they were gone just as quickly. I wasn’t sure they were “blog-worthy” but then I figured I can’t be the only one who has a significant other who loves kid-type food. And heck – some of you even have kids! So what’s the harm in sharing? 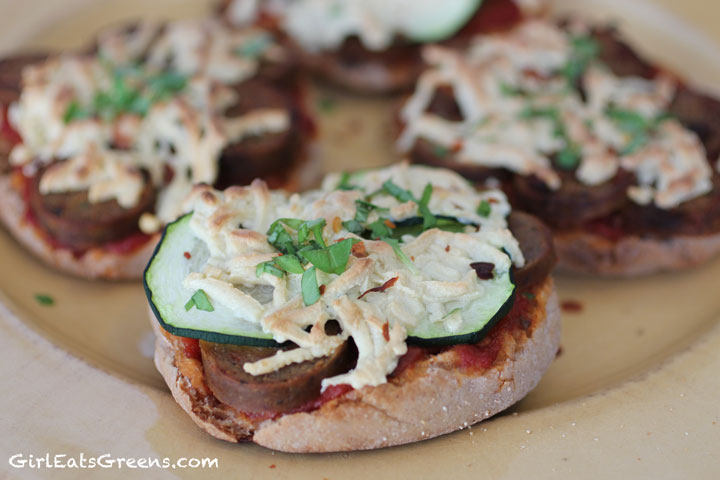 Preheat the oven to 500 degrees. Slice the English muffins in half and place open-faced on a baking pan. Layer the sauce, sausage, zucchini, and cheese. Bake for 10 minutes at 500, then turn the oven up to broil for 2-3 minutes or until cheese is starting to brown. 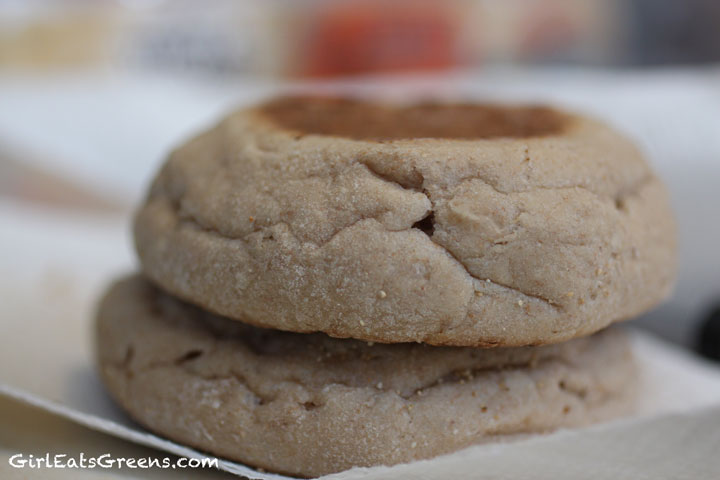 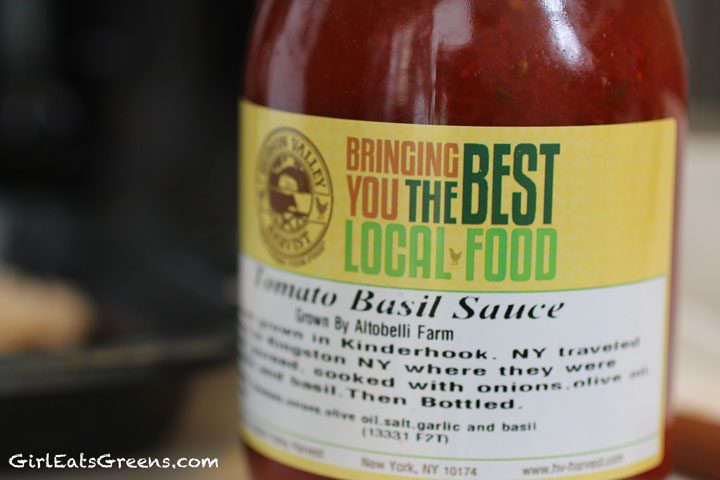 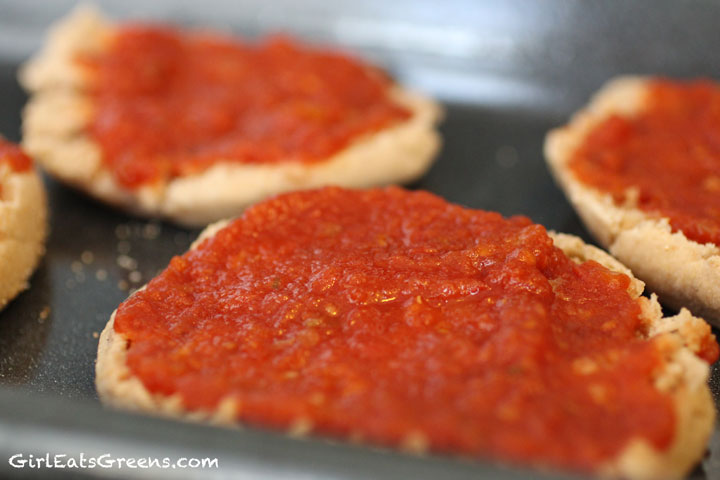 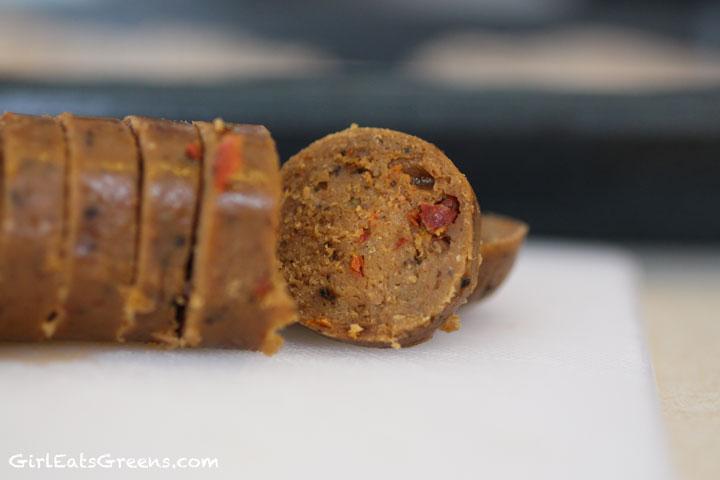 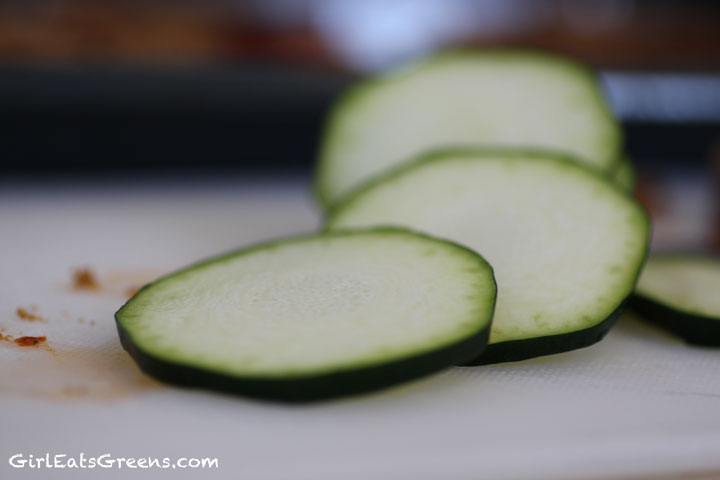 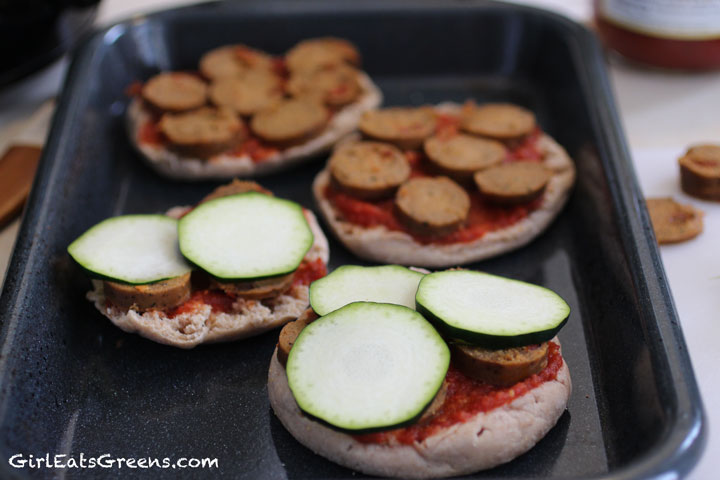 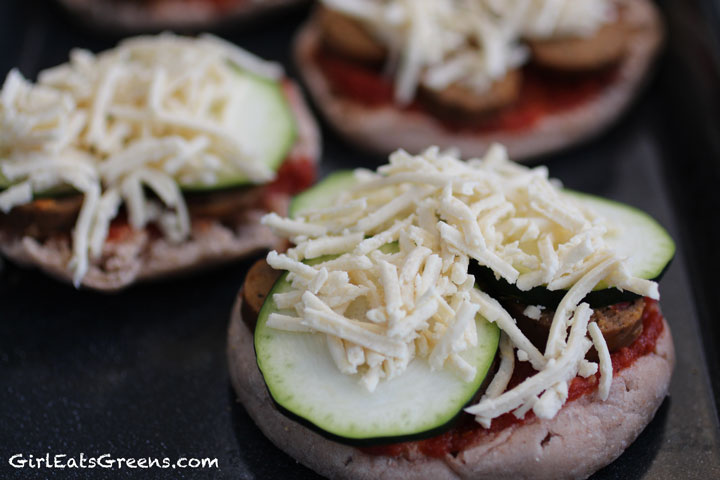 Top with chopped basil and a few red pepper flakes and you’ve got yourself the easiest, yummiest, boyfriend approved snack. 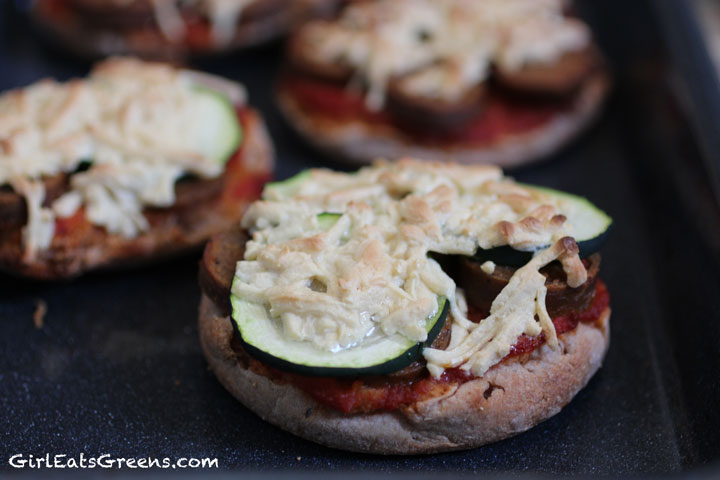 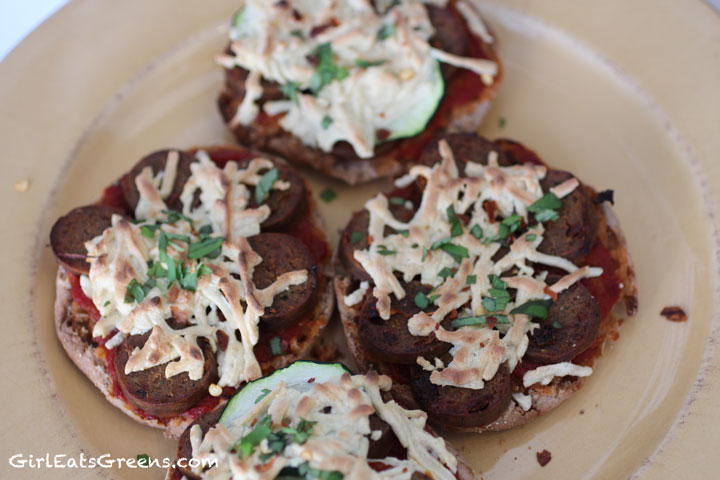 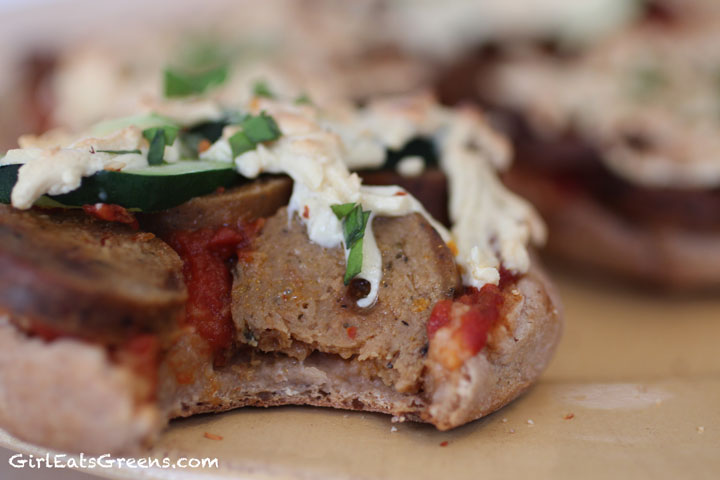