One night over the holidays and some wine, my mom mentioned how she tries to do something every day that makes my dad happy. He tries to do the same, and guess what? They’re some of the happiest married people I know (coming up on 34 years of marriage this year). I’ve really taken that thought to heart recently. R and I have been together for just about 4 years, and it’s often easy to fall into routines of working, couch sitting, working, gym going, working, and dog walking. Lately, I’ve been consciously trying each day to do at least one thing that will make him smile. One day, I’ll pick up coffee on my way home from volunteering in the morning so he has a fresh cup when he gets out of bed. Another I’ll offer to take the dog out at night (usually his job) when it’s cold and yucky so he doesn’t have to. Or on Sunday, I’ll slip out of bed early, and make him pancakes while he’s still sleeping. So when he wakes up the apartment will smell delicious and he’ll have a yummy treat to start the day.

And that’s just what I did this Sunday. I had a bunch of carrots in the fridge that were screaming “do something cool with me other than dip me in hummus” and I decided to take a spin on carrot cake and instead make carrot pancakes. They tasted like they shouldn’t be healthy, but with just a little whole wheat flour, lots of carrots, walnuts, and almond milk, they definitely count as healthy in my book. 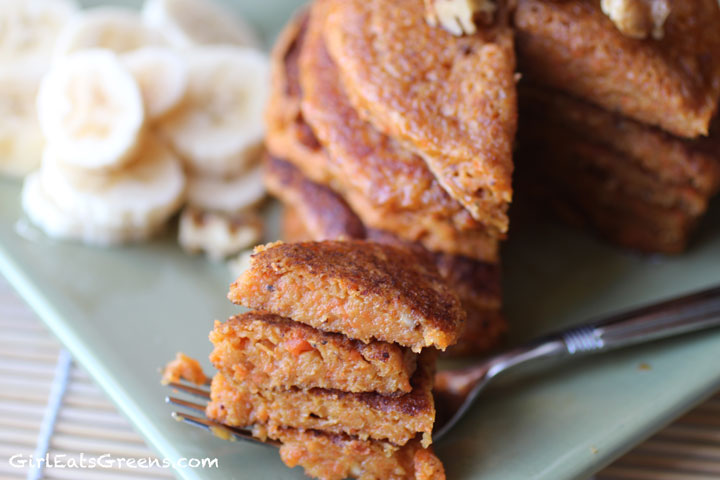 Start by processing the carrots until they’re broken down and finely chopped. This will help them cook faster while in the skillet. It will also keep them from being too noticeable in the batter too. 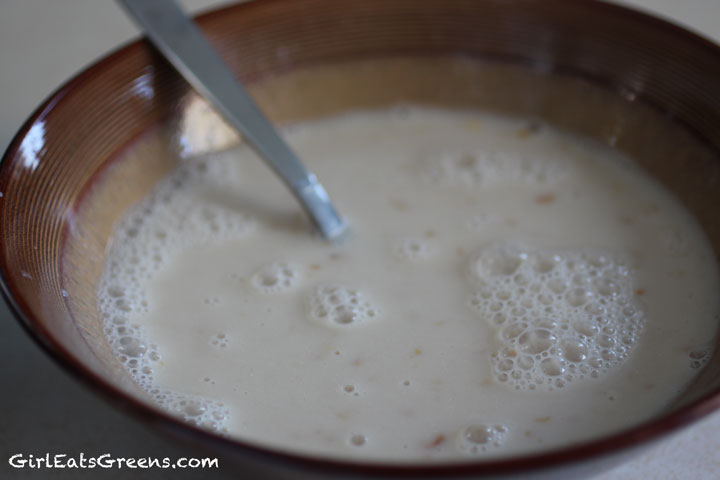 In a greased skillet over medium heat, place about 1/4 cup of batter into the center of the pan. (If you have a larger pan or better attention span than I do – feel free to make more than one at a time). Cook on one side until you start to see bubbles on the top of the batter, and you can slide a spatula under the pancake. Flip, and bake on the other side until the pancake has cooked through. To keep the pancakes warm while you make them one-by-one, heat the oven to 200 degrees and place the finished pancakes on a baking sheet in the oven to keep warm. 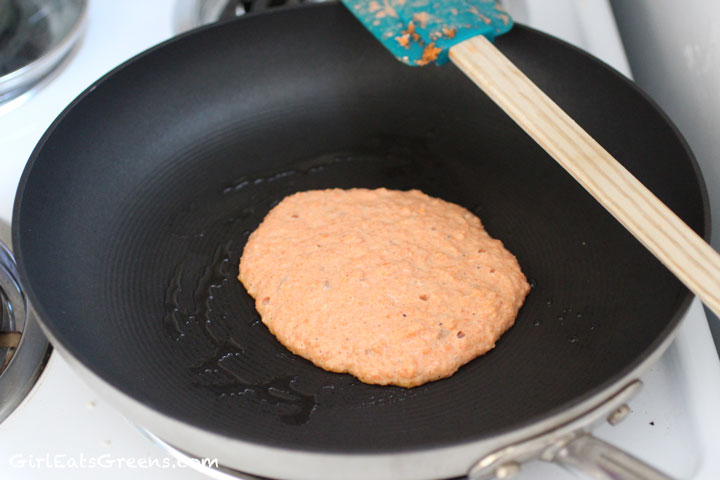 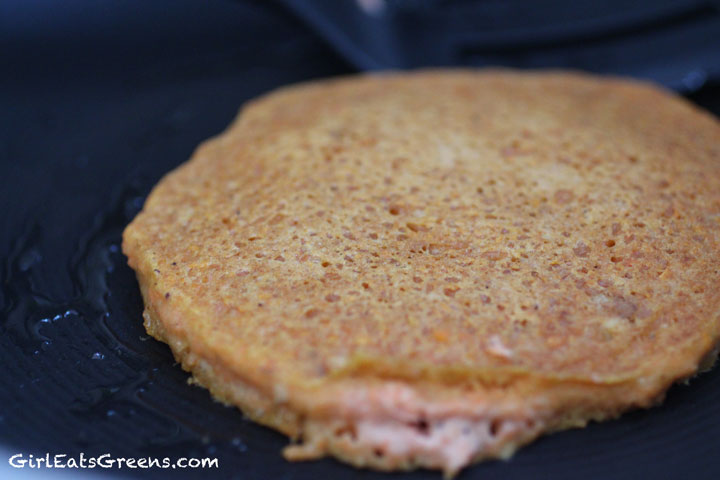 When the batter is gone, assemble the tower of pancakes and be prepared to wow the sleepy head you’ve made them for. I topped them with some additional walnuts and of course maple syrup. I’m pretty sure they were gone in under 4 minutes. 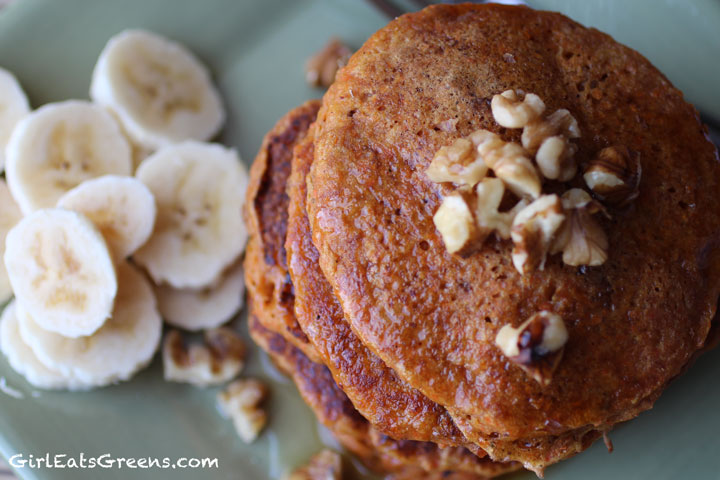 I usually don’t love pancakes, they’re can be too sweet for me first thing in the morning. I’m more of a savory breakfast person. But these pancakes were just right. Because I used so much carrot, they were sweet, but also had a bit of savory, so the sweetness wasn’t overpowering. Served with a side of banana, I had a few forkfuls with banana and pancake, which was awesome. These will definitely become one of my regular weekend cooking staples and R is pleased with that prospect as well.

15 responses to “A New Take On Carrot Cake : Pancakes!”