Since today is officially summer, I decided what better way to kick it off than to show a little ‘Merica pride with my latest dessert recipe – mini cheesecakes! As I’ve been experimenting lately with different cashew cheeses, (here and here), I thought I’d take it even further with a cheesecake. And with the 4th of July right around the corner, I decided to add a bit of flair to the cakes with blueberries and strawberries as the flag. After all, what’s more American than stars and stripes?

I have to admit that while making these and fighting with the strawberries to get them to fit perfectly into the batter and taking many tries to get the flag look right – I actually started to feel a bit like Martha Stewart. I may be a total dork for admitting this, but I was actually pretty proud once I figured out the right way to go about fruit flag creation. It took a few tries, one or two swear words when I inevitably dropped something on the floor, crowded the cake, or otherwise made it look less than perfect. But for the few that turned out really well, I was in awe. 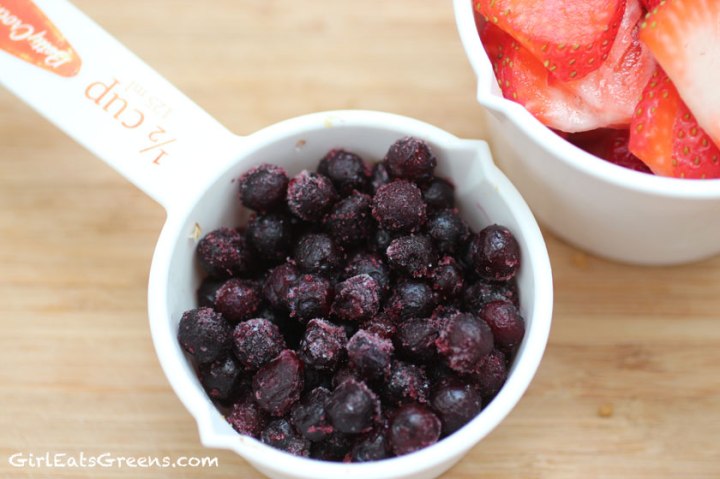 Luckily, no matter how they turn out, or how long you take to place the berries on, it all tastes the same either way. Delicious! And I promise, most of the time was the trial and error process, once I got the hang of it the decorating flew by! I used a toothpick to aid me in the placement of the berries – just sticking it into them and then placing them into the cheesecake made a world of difference. Martha really would be proud! 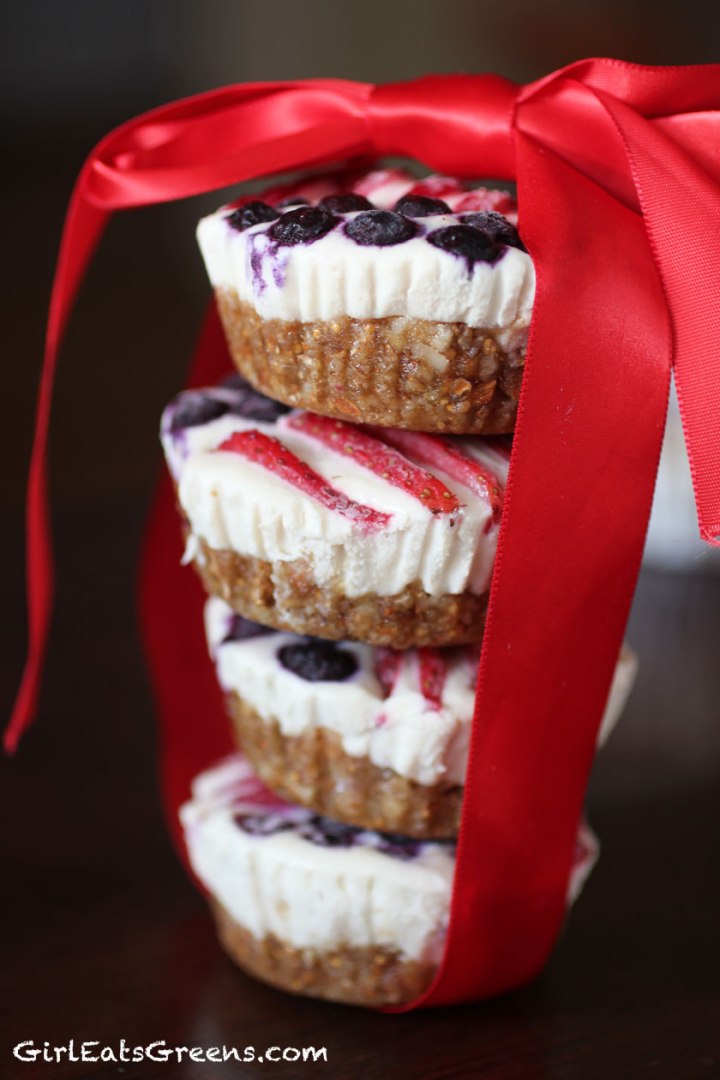 For the crust I decided to go with something a little more wholesome than the typical graham cracker crust on many cheesecakes. I once made a pumpkin pie for Thanksgiving with a date and almond crust, and decided to use that as my inspiration. For this one, I used almonds, dates, and figs. Just a few twirls around the high powered food processor, and you’ve got yourself a crust that can easily be molded and stays together well.

For the filling part I decided to go with a mixture of soaked cashews, coconut milk, and vanilla. The real kicker to the consistency on this was the addition of melted coconut oil. Once that was all mixed together, I tossed it in the freezer to set. This was not only a great way to get them firmed up, but it also kept them fresh and ready for eating for an entire week. And let’s be honest, it probably would have been longer but by the time a week came and went all the cheesecakes were mysteriously…gone. 🙂

I used frozen blueberries, but you could also use fresh ones. Since everything’s going into the freezer anyway, I figured it wouldn’t matter much if I went with the frozen blueberries I already had on hand. By using the toothpick to puncture the fruit and place it gently into the filling, and using another finger to hold the fruit down while taking the toothpick out, I was able to pretty easily recreate the flag. And if you’re not feeling that ambitious – you can also just toss a bunch on there in whatever pattern you like. But then they’re not as festive. And isn’t is super fun being festive for the 4th? (say that 10 times fast!) 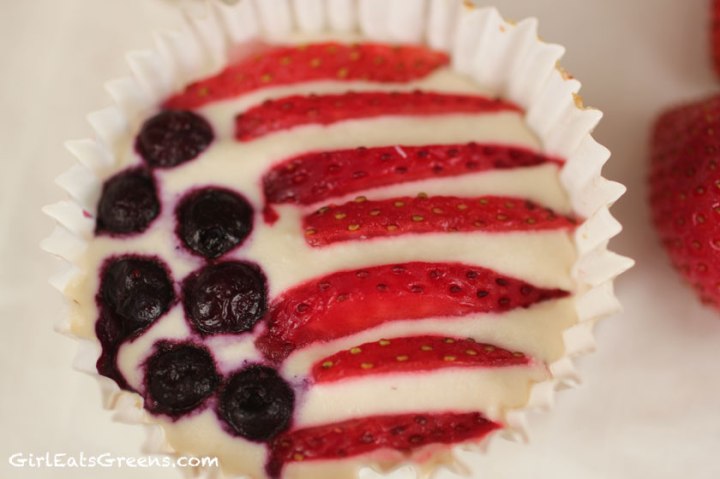 When you’re ready to devour them, take them out of the freezer and let them sit for a couple minutes and they’ll be just like that traditional cheesecake consistency we all know and love. Can’t wait? They’re perfectly delicious as a frozen treat too. I even managed to taste test them on a non-vegan. They went over very well. This is to say, they’re sure to be a big hit at your 4th of July gathering. Or just on your couch, while you catch up on the 2nd season of “Orange Is The New Black.” Your tastebuds will thank you. And so will your country. (maybe?)