Well this post was definitely a long time coming! Have you had a hard time getting back into the groove this year or is it me? I’ve managed to get back into recipe testing and posting, but for some reason I’ve got a slew of trips to new restaurants I’ve photographed and yet haven’t actually gotten around to posting. But never fear – I’m bound and determined to get back into the swing of things. And while it’s been over a month (or two!) since I was in El Paso checking out a vegan joint, I figure it’s better late than never, right? I have actually never been to El Paso before this trip, and maybe my geography knowledge of the US is limited at times, but I never realized just how close it is to Mexico. I mean, I knew it was close – but didn’t realize it was look-across-the-highway-and-there-it-is close.

Now, I’m a HUGE fan of Mexican food, usually. But what I learned during my short time in El Paso – I apparently love Americanized Mexican food. The real Mexican food around in El Paso was filled with cheese, little to no veggies, and refried beans that I’m 99.9% sure had lard in them. If I could escape something with cheese, then it was a meat only option. I ate in my hotel room two nights in a row because they would serve me plain pasta with olive oil and garlic with whatever vegetables they had rolling around the kitchen. Needless to say, on the one day I had a break from working and time to venture out, I was in desperate need for a veggie-friendly spot. So when my colleague suggested a place called Eloise, and rattled off a couple things on the menu, I was sold.

There was a ton of veggie options that not only sounded delicious – but they sounded intriguing as well. I’m a fan of all things avocado, and the granny smith guacamole had me at… well, guacamole. I’ve never had guac with fruit in it, and had no idea what to expect. But the addition of granny smith apples to this mild guac was delicious. I could see eating it at a picnic in the summertime, feeling all refreshed and healthy. Definitely a great way to start off the meal. 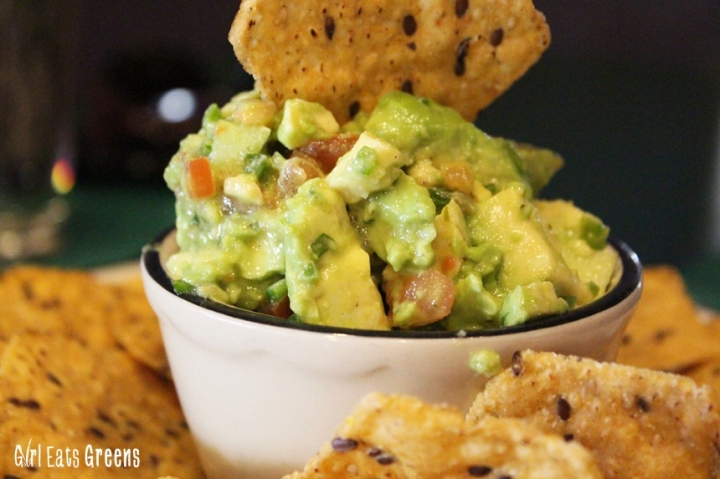 And because I was so veggie deprived before heading here, I wanted to try out one of the sides – the beet hummus with cucumbers. I love love love hummus (if you need proof, here’s my ode to hummus in my recent Sriracha hummus post). Beet hummus is something I’ve yet to try and make myself, but int he name of research I decided to give this one a shot.

It was extremely pretty – and how could it not be with that awesome magenta beet color? The flavor was spot on, slightly earthy but also a little tangy. The consistency could have been a little thicker for a more traditional hummus feel, but overall, I really enjoyed it and would definitely order it should I find myself in El Paso again.

Despite my two appetizer orders, I still wanted to try pretty much everything on the menu, not realizing the “everything’s bigger in Texas” saying is actually pretty accurate. So for my main, I ordered the squash tikka masala because in my meat-eating days, it was my absolute favorite Indian dish. Now, maybe my I should have known better than to order Indian in a heavily Mexican influenced city – but I hadn’t ever seen or heard of vegetarian/vegan tikka masala and I just couldn’t resist.

Now, don’t get me wrong, it was good. But it in no way tasted even remotely like tikka masala. The flavor was bold, slightly spicy, but lacked that creamy consistency and taste of tikka masala. I was pretty let down. Luckily for me I was already pretty full from the starters. Unluckily, the portions were HUGE. And there was enough of this dish to feed a small family. I felt horrible not eating it all and brought it back to my hotel room, where I quickly realized I didn’t have a refrigerator and ended up tossing it out anyway. My colleague definitely won on the main dish ordering. She went with a similarly giant kale and roasted veggie bowl with a walnut dressing that she raved over. I had some serious food envy to get over on that one. 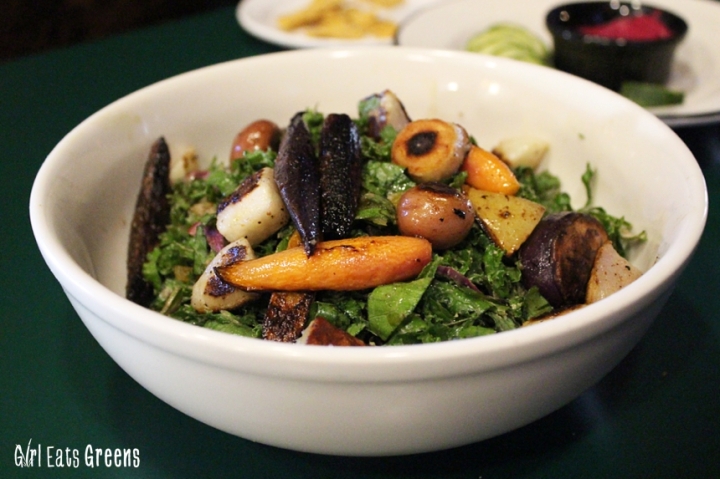 I wasn’t expecting much in terms of ambiance out of a place that was basically in a strip mall, but Eloise was super cute inside and had a cozy cafe feel and a super friendly waitress. This definitely scored the restaurant some serious bonus points in my book. And like everything, it was huge! Three different rooms, each with it’s own feel to it. The one we sat in was a bit like a library – but a cool library you’d like to have in your house with this great wall full of built-in shelves.

Unfortunately for me, I didn’t get much other time to explore El Paso, but I’m really glad I discovered Eloise while I was there. It got my veggie fill, and if I by some chance end up in the area again, I’ll definitely be back. And ordering the kale salad.