I’ve been wanting to make my own energy bars for a while now. I’ve had two or three attempts that didn’t go well enough to actually blog about (they weren’t even really edible unless you were stranded at sea or on a deserted island). After my failed attempts, I kind of backed off the idea for a while. But then I was paying two and three dollars for store-bought energy bars to snack on in the morning before getting a work out in, or in the afternoon for a pick me up at the office, and I started thinking of all the added sugars and sodium in the bars I’m consuming, and decided to give my homemade version another go.

I’m so glad I did! I thought a lot about the Kind bars, which are one of my go-to bars. They’re largely just fruit and nuts, and I figured I could figure that out. I started pulling some things out of the cupboards and amazingly, they turned out really well! Definitely worth blogging, and absolutely worth making again and again. The best part is they’re delicious, raw, gluten-free, vegan, and super easy to make.

I started by giving all the nuts and chocolate chunks a little run through the kitchen ninja (or food processor) to get them broken down a bit. I didn’t process too much, since I still wanted some fairly large chunks, but it had to be broken down enough to be easily held together. 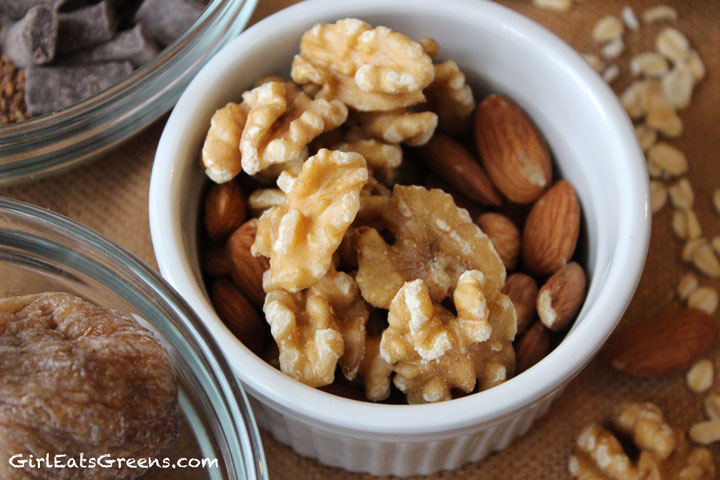 Next, take the figs and apricots and process them until smooth. Add the melted coconut oil and process again until everything is well incorporated. Depending on how dry the mixture is, you could add a bit more oil or a tablespoon of warm water if needed. 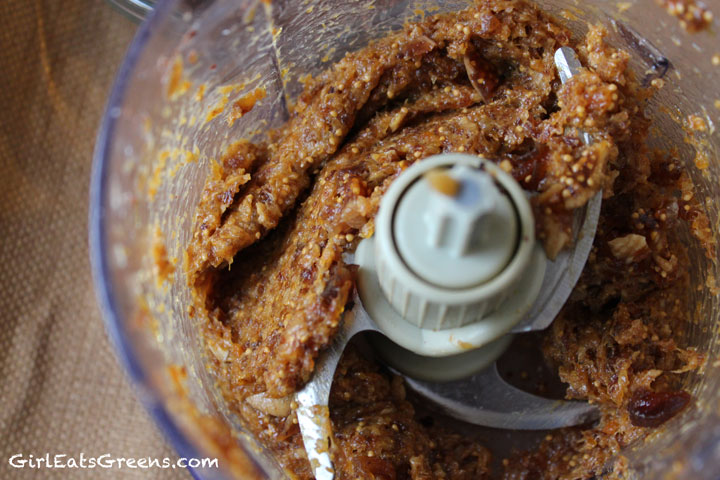 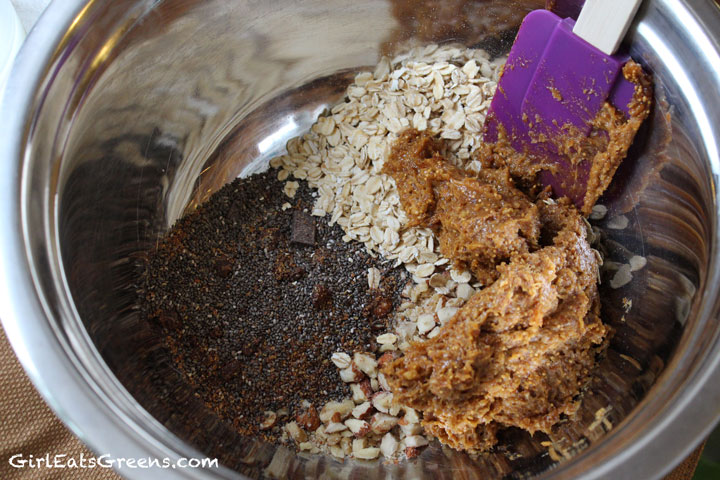 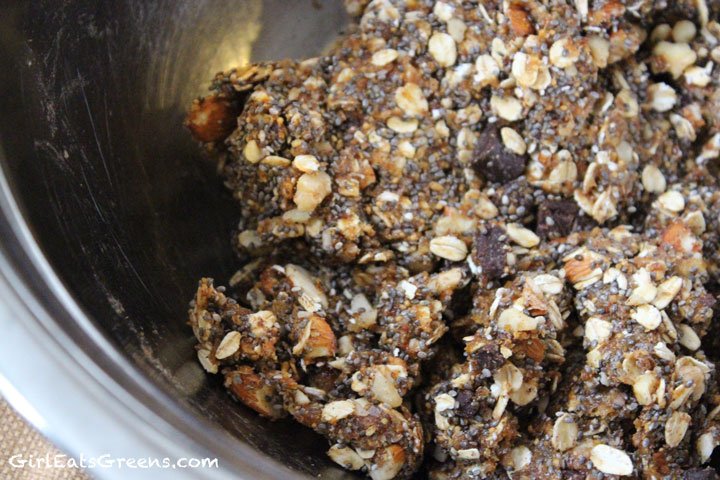 Press the mixture into a small pan or dish (I used a bread pan), cover, and refrigerate for a few hours or overnight. This will give the coconut oil time to solidify and keep your bars held together well. Slice the bars however big or small you like your bars, and enjoy! This recipe lends itself to be very versatile. You could add raisins, craisins, different nuts, cinnamon, etc. to really customize to your tastes.

I was happily surprised at how tasty these were – and they were easily packed for a pre-workout treat. And they were so easy to make, I may just be off store-bought energy bars for life! 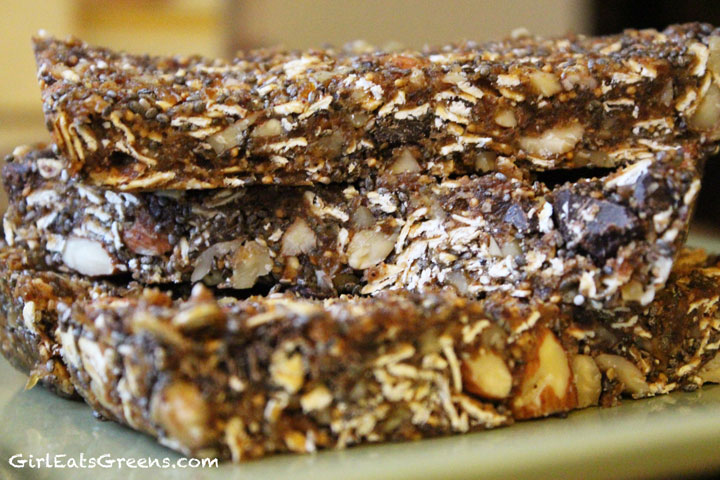 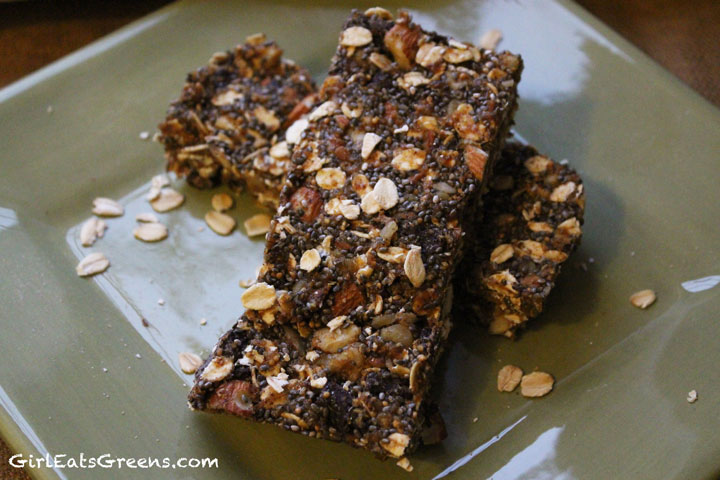