It’s rare any of my friends have been to a vegan restaurant that they want to bring me to. I mean, let’s be honest, most of my friends don’t go to vegan restaurants without me dragging them kicking and screaming. But my friend Erin had a restaurant near her office that she had ordered from quite frequently without realizing it was vegan. Once she put two and two together, she invited me to meet up one night after work so I could try it out as well. 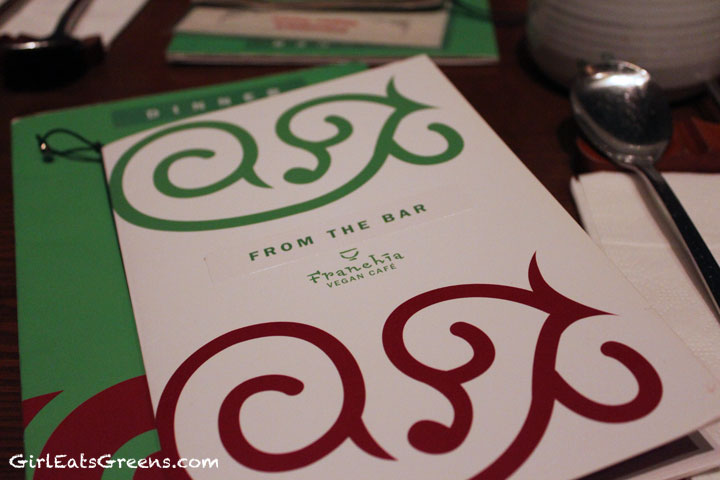 Franchia is a 3 story restaurant nestled into a mostly residential block and was actually kind of easy to miss at first glance. It’s a pretty large space by New York standards, with the three levels and all. But each level is relatively small and gives the restaurant a small cozy feel. And the ceiling is really awesome. I couldn’t help but snap a shot of it before we left. It was so beautiful! 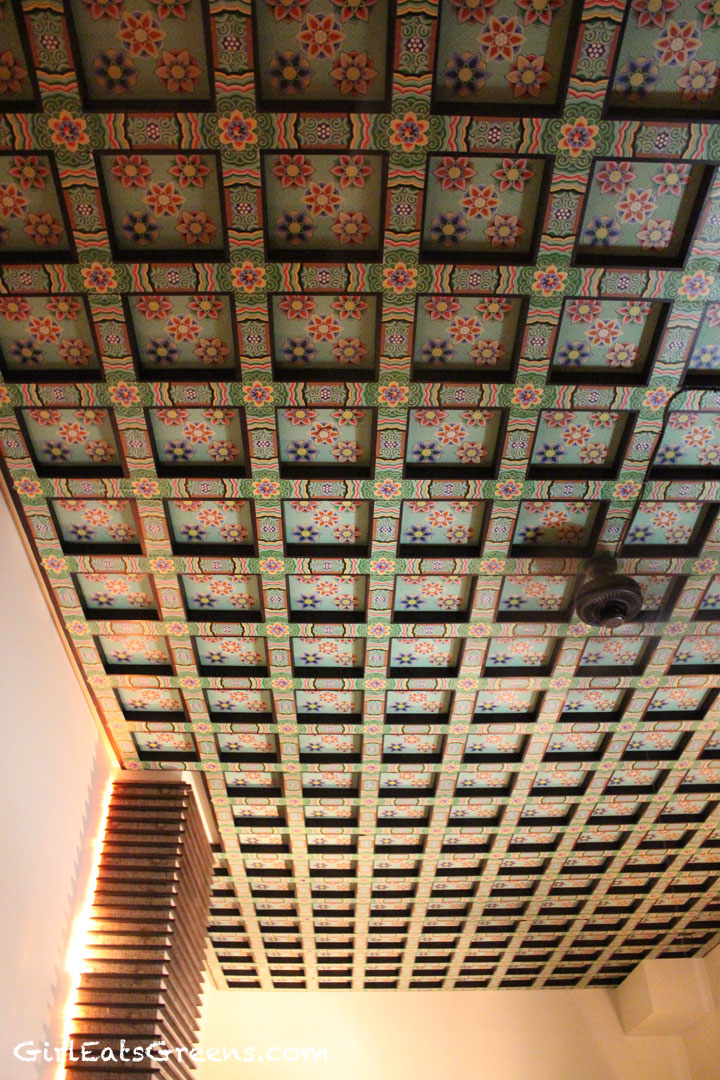 But of course the most important thing is the food. Franchia is all vegan with an Asian fusion style. The menu was huge – and I had a really hard time deciding what exactly I wanted to order. Luckily, we were both starved and opted for a whole lot of food – I almost had to be rolled out after the meal! We started with the stuffed mushrooms with beet sauce – which felt a bit upside down, since it was supposed to be shiitake mushrooms stuffed with tofu, but seemed more like mushrooms on top of crispy tofu. Either way, this is definitely the type of dish that will wow you – both in taste and presentation. How could you not fall for a hot pink beet sauce? 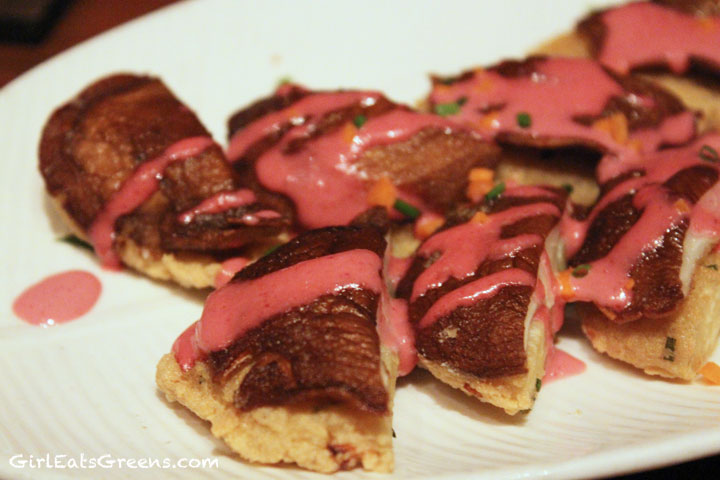 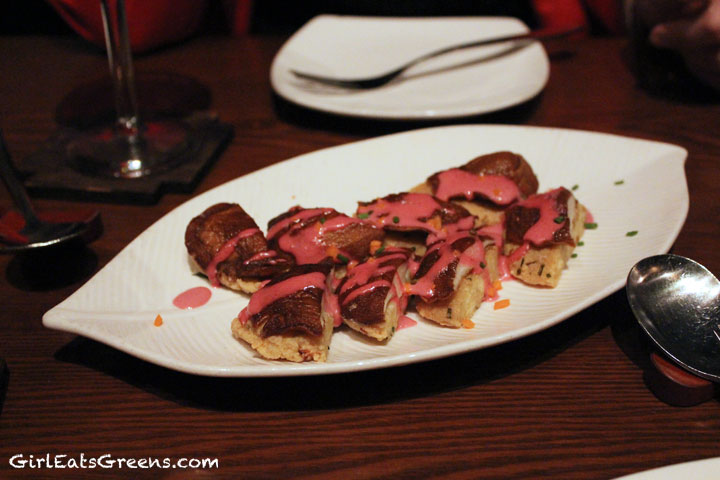 And because one appetizer just wasn’t enough – we also ordered the spicy wontons. They were pretty good, made with tofu and “chicken” which was a little strange. But then again, I’m not really a huge fan of faux meat. They could have been a bit spicier as they were advertised as spicy wontons, but the flavor was still good and the wonton itself had a great texture. Not too mushy or sticky. 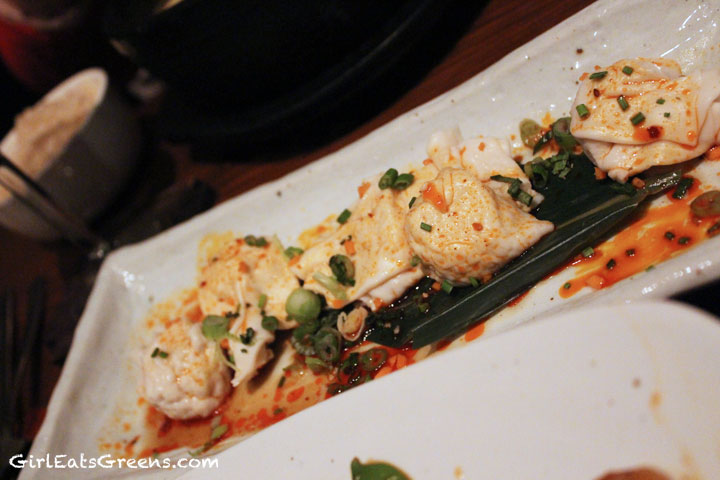 For the main course I ordered the crispy eggplant in spicy sauce, which normally comes with “shrimp” and “chicken.” (see previous paragraph). Instead I had them remove the faux meat and add tofu instead. This dish was a huge portion of deliciousness. The fried eggplant had that crispy-on-the-outside warm-and-tender-on-the-inside thing going for it, and I am somewhat embarrassed to say that I ate the ENTIRE thing. Or maybe I’m impressed with myself. Either way, it was a ginormous amount of food. With the eggplant there was also other veggies tossed in, so I didn’t feel quite as guilty about the whole entire plate of fried food for dinner thing. 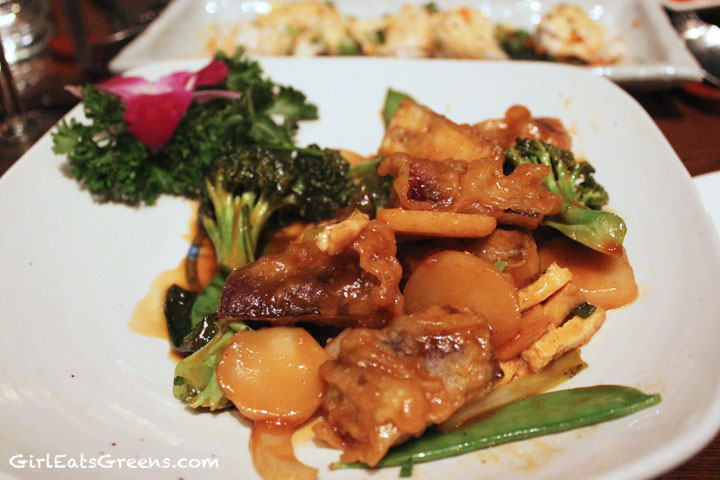 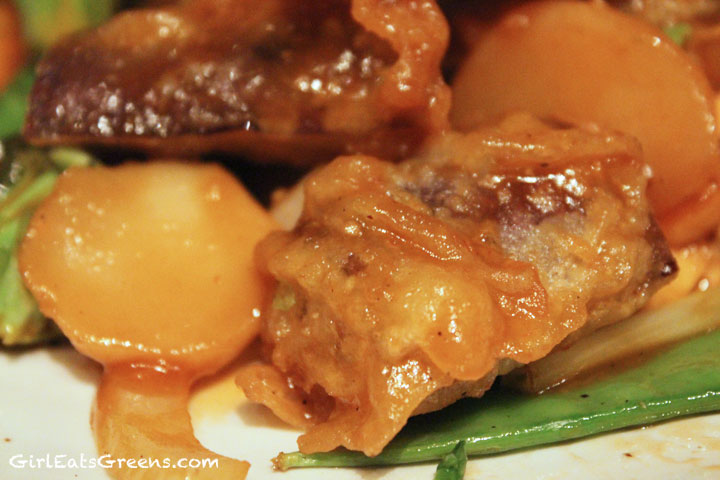 Erin ordered some noodle dish which of course I’ve already forgotten which it was. But it was basically a huge pot of boiling noodles that came out steamy and fragrant. It looked pretty awesome, I have to say, though I didn’t try it since I had a managed to stuff all of my food in my mouth. 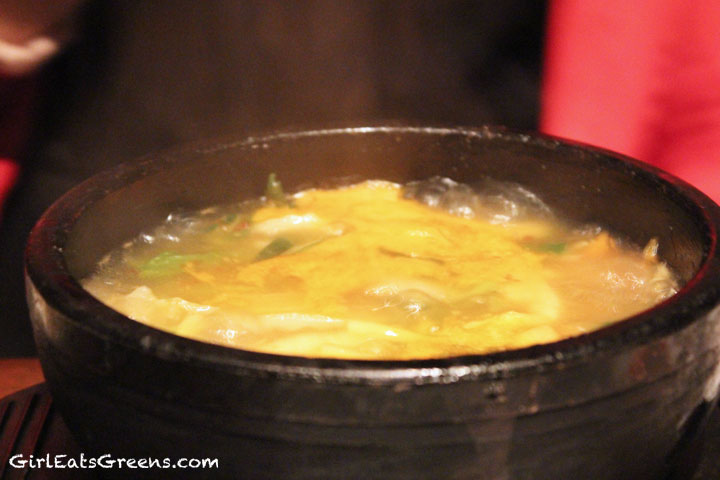 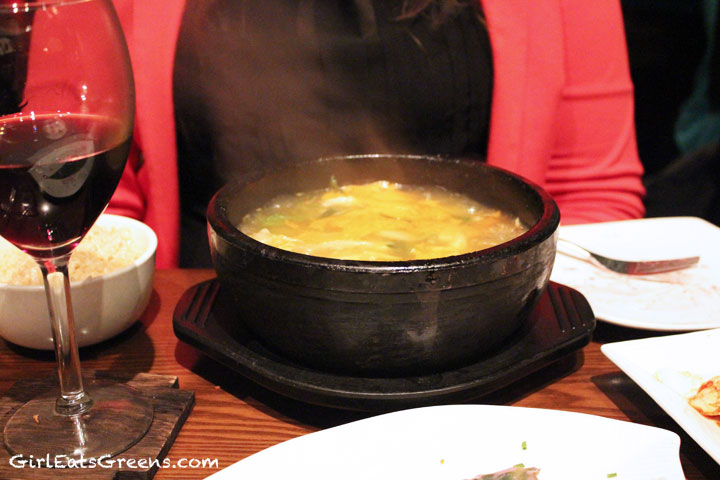 Even though we were totally stuffed we opted for dessert. Mostly because I was so excited for a dessert option since I’m usually deprived of the choice, and I’m so glad we went for it. The blueberry coconut cake was good, it could have been a bit moister, but the flavors were great. But what really blew me away was the ice cream that was served with it. On the menu it simply said soy ice cream, but this was no regular ice cream. It reminded me of Ben & Jerry’s Cherry Garcia – and it was awesome. Definitely worth the calories. 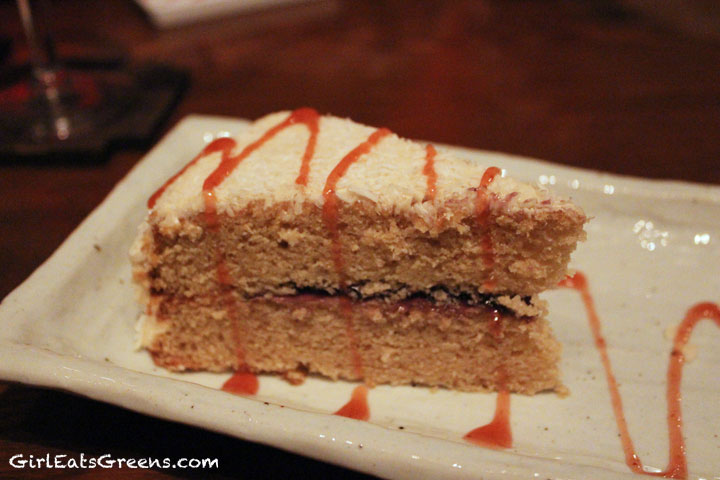 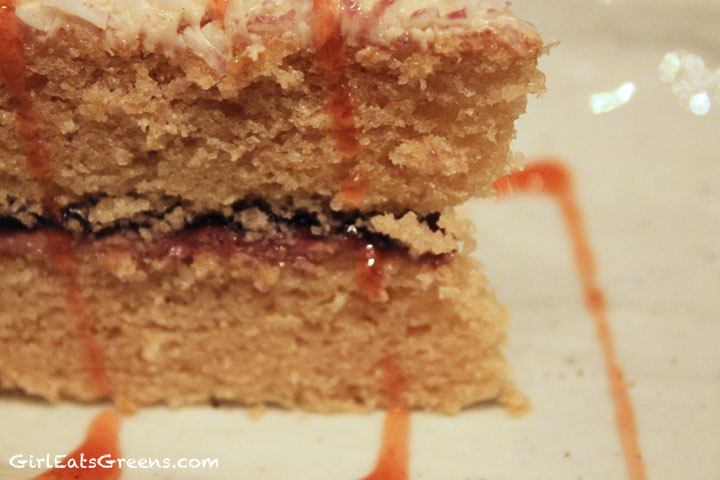 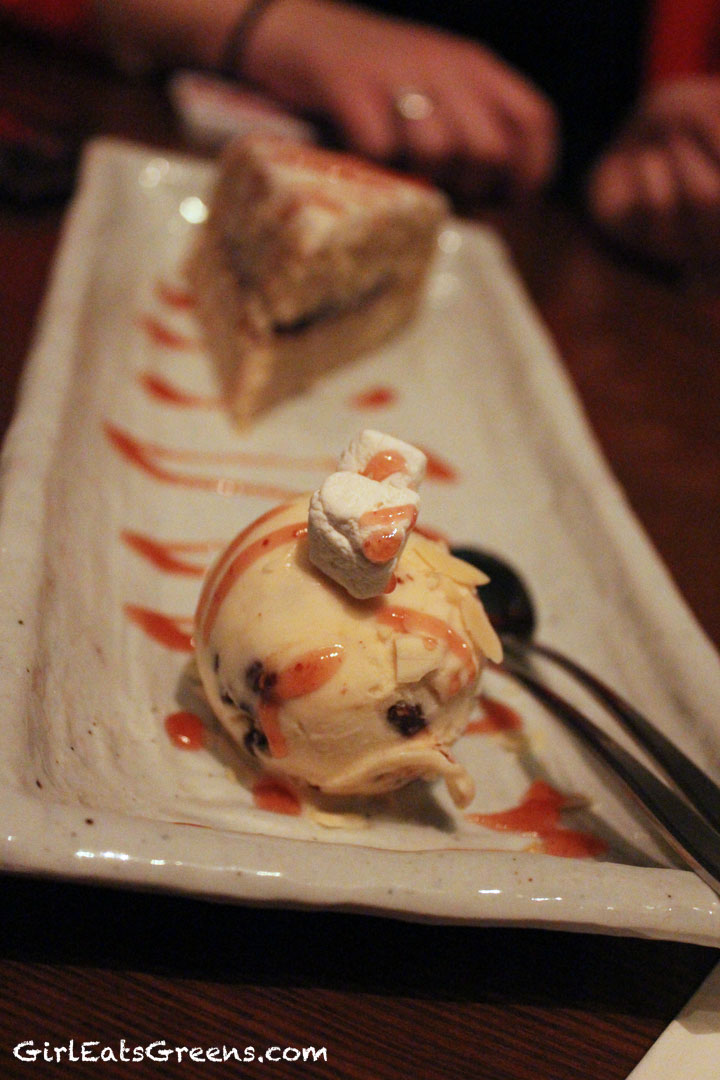 All in all, the service was decent and the food was brought out pretty quickly with the courses spaced out well. Despite our  serious gluttony with this place, I would definitely go back. Anything that is so good you eat entirely more than you should is worth coming back for.