I may be doing this a bit backwards…but the last place I ate during my recent trip to Atlanta, Georgia was my favorite. So I figured I should start there. Why not, right? I was wandering around Piedmont Park in the afternoon before I headed to the airport and decided I should probably stop and eat a little something before getting on the flight – lest I be subjected to whatever packaged food I could find in the airport. Because I flat out refused to plan anything for this weekend (I was so tired from work) I had no idea where to start. 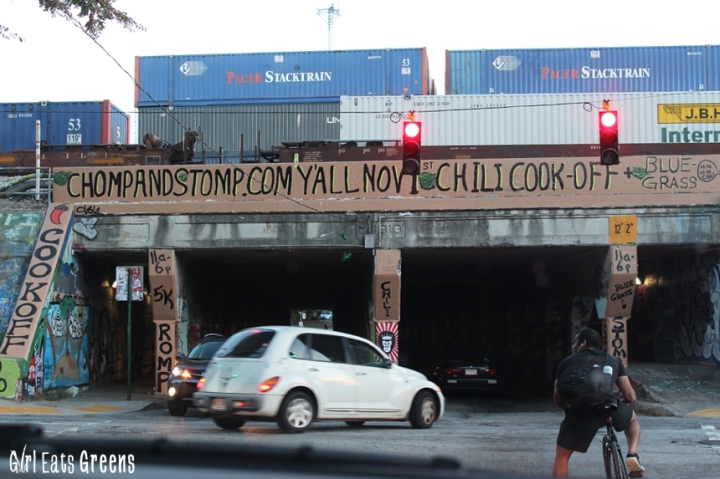 It turns out, I was really close to a pizza joint that also happened to have two vegan pizzas on the menu. I have no idea what area of Atlanta we were in, but it definitely felt a bit up-and-coming. A little Brooklyn-esque. I decided to at least go in and sit at the bar and decide whether or not I could eat an entire pizza (or if I should).

Once inside, I totally fell for the restaurant. It was not at all what I was expecting. It was a huge industrial looking space that was largely empty – we were there at that awkward time between lunch and dinner – which gave me plenty of attention from the bartender. Sometimes I like to talk to strangers. This time was no exception. The bartender was super nice, made small talk about being vegan (he had been one at one point) and told me about the restaurant and the space, which was converted from an office building. I couldn’t get over the exposed brick, the amazing view of the wood-burning ovens, and the skylights. It’s not everyday you find a space as unique as this. 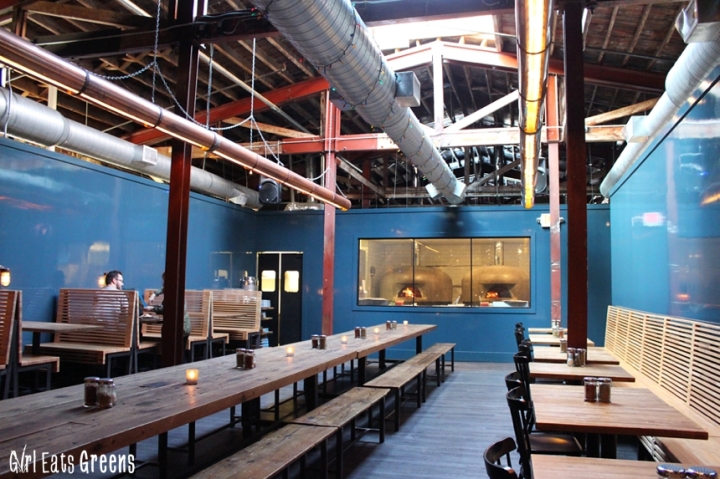 While the company was great, the space was awesome, the real star of Ammazza was of course, the food. It only took a glass of wine for me to decide that I could give a whole pizza the ol’ college try. I mean, I couldn’t come to this place and not at least try the pizza. Especially after the bartender explained how long it takes them to prepare the crust – it rises for 3 days before cooking. And a cashew cheese on a pizza? I’ve never had it. I absolutely had to try it. 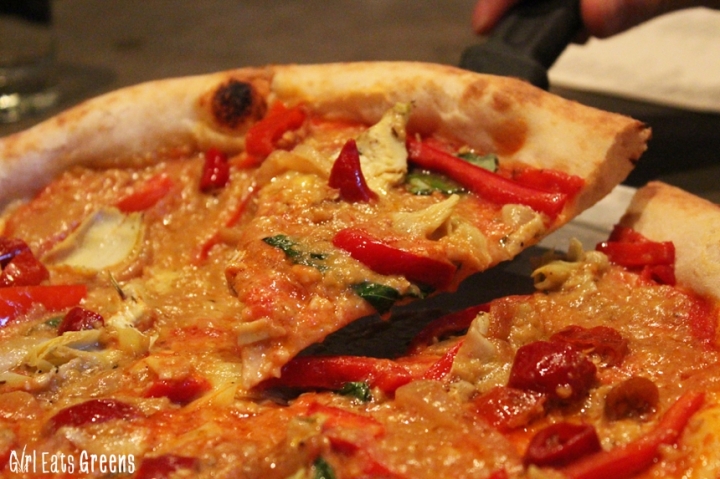 I decided on the vegan piccante. It was amazing. It wasn’t that pretty – I must admit – but it was absolutely delicious. It had Calabria peppers – which were spicy but not in an overt way. It wasn’t until slice two that my mouth started to burn, kind of like a residual pepper burn. The flavor was out of this world though. The spice mixed with the mild cashew cheese and artichokes, it all went together really well. And the crust was perfect – it was super thin and crispy yet kind of chewy. It was pure joy.

And even though I was completely full, I had my eyes on the pasta fritta con connella. It was essentially fried dough served warm tossed in cinnamon and sugar. Like a cross between pizza and doughnuts. Who could turn that down? There was supposed to be some sort of cheese with it that I had without but I really didn’t miss it at all. I can’t even describe how delicious it was. It just was. 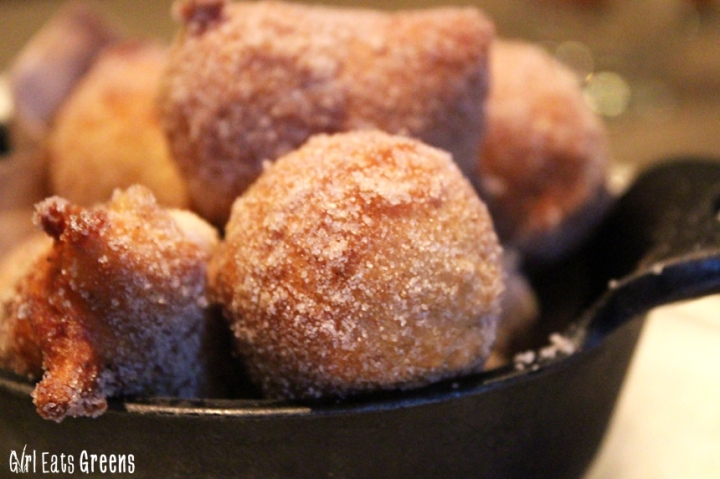 If you find yourself in Atlanta, you simply must go to Ammazza. The food is outstanding, but the hospitality is pretty amazing too. Our second drink? The bartender picked it up for us. And spent some time talking vegan, Atlanta, and the midwest. How could I not love this place? Southern hospitality mixed with comfort food and a cools pace. It doesn’t get much better than that. So go there. Now! 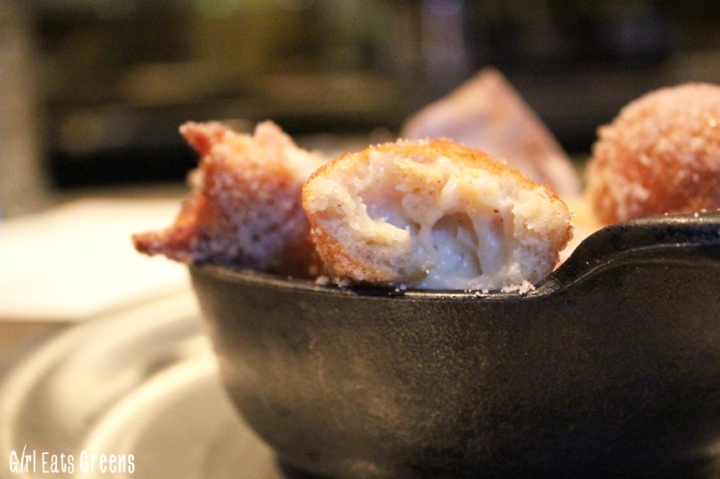