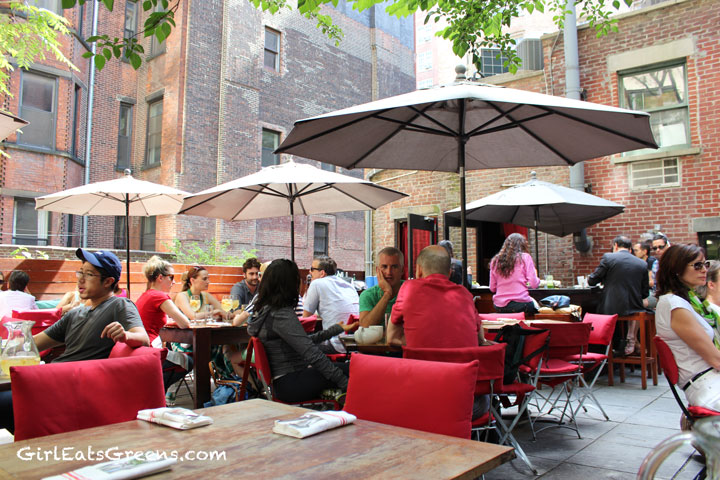 There’s really nothing better than an outdoor brunch on a beautiful end-of-summer/early fall feeling day. Add in a Soul Cycle class before hand, and you have a guilt-free nosh session coming your way. A coworker-turned friend and I recently headed to Pure Food and Wine post-Soul Cycle and it was such a fantastic brunch, I haven’t been able to stop thinking about it. I don’t know if it was the sunshine and outdoor garden, the amazing food, the good conversation or the pitcher of sangria we consumed, but this brunch goes down as one of my favorites.

Now in full disclosure, this was not my first time at Pure Food and Wine – R and I went here around the holidays last year for their tasting menu. But this was the first time I had been in the garden. And for the city, this amount outdoor space is insane! Thank you, Mother Nature, for cooperating. The shade made the photographs slightly tricky… but in any case… to the food!

I’m a big fan of sharing – who wouldn’t want to taste more than just your own plate? Luckily my friend is also down to share. We started with the Cesar salad and added avocado (she’s also as big a fanatic as I am about avocado). I thought they were going to plop a salad down in between the two of us, but they split the salad among two plates (score one point for the service). I’ve always been a huge Cesar fan, and couldn’t resist trying this version out. It was delicious. The dried seaweed and lemon gave it a little extra flavor and the lettuce was perfectly crisp and refreshing, and the pumpkin seed macadamia parmesan was awesome. Exactly what we were looking for.

We followed the salad with the brazil nut sea vegetable croquettes which came with a walnut tartar sauce that was out of this world. (seriously, I contemplated licking it off the plate). The croquettes themselves were so tasty and then with the added sauce and chili honey, it was like a flavor explosion on my tongue. 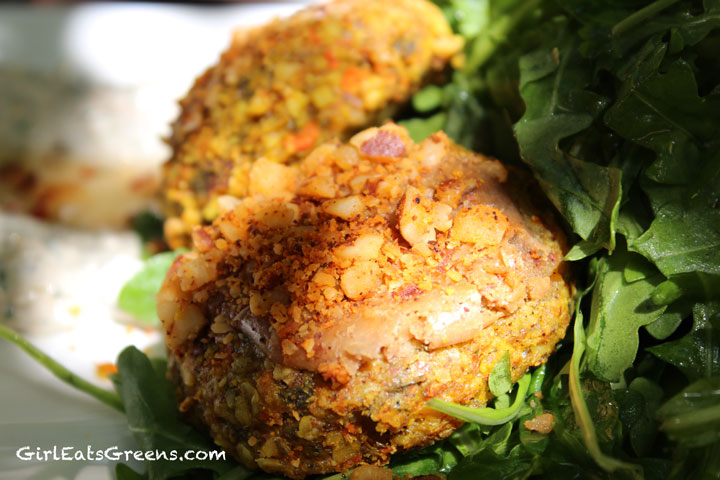 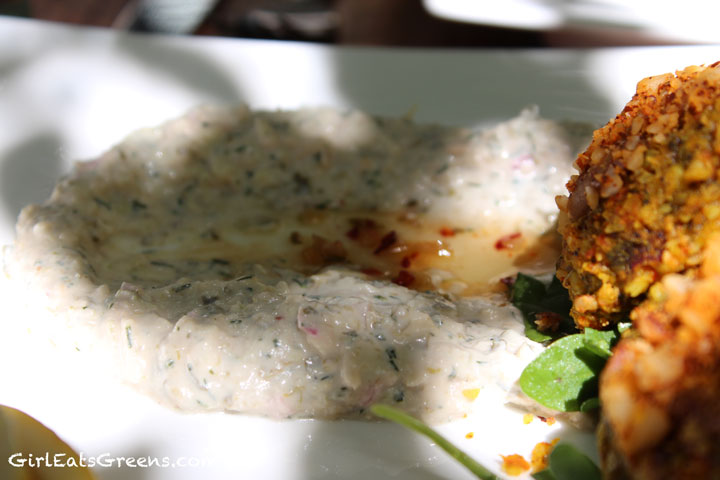 And no meal is 100% complete without a little sweet treat at the end. I was fascinated by the lemon tart on the menu – how does one make lemon custard without eggs? According to the waiter – probiotics. While it wasn’t the lemon tart of my pre-vegan Magnolia Bakery days, this dessert definitely held its own. Tart and sweet at the same time, it more than hit the spot. 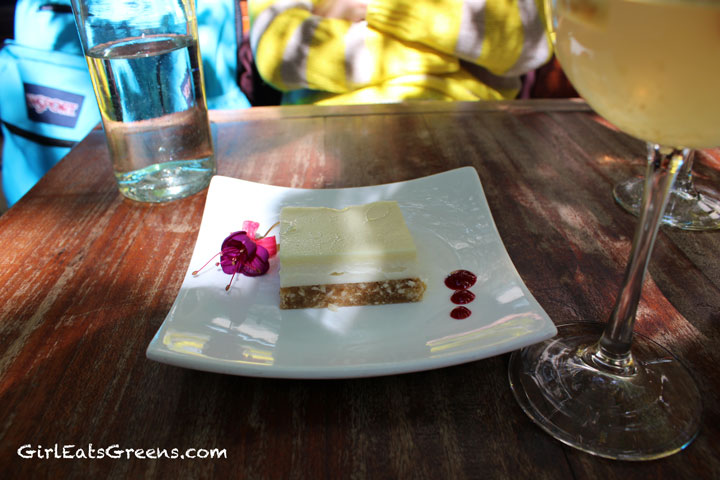 All in all, this has now become one of my favorite vegan spots. And as most of the menu is also gluten-free I’ll definitely be bringing the family here for brunch when they’re in town next April. Maybe the amazing garden will be open by then too? (and though we did not par take, there was also an option to do a bottomless mimosa or Prosecco brunch – as far as I’m aware, this is the only vegan place to do that. Even MORE reason to return!)

And I was also pleasantly surprised with the bill. I expected it to be more – what with our pitcher of sangria and all. Maybe the sharing helped. But either way I left full, happy, and will definitely be back again sooner rather than later. 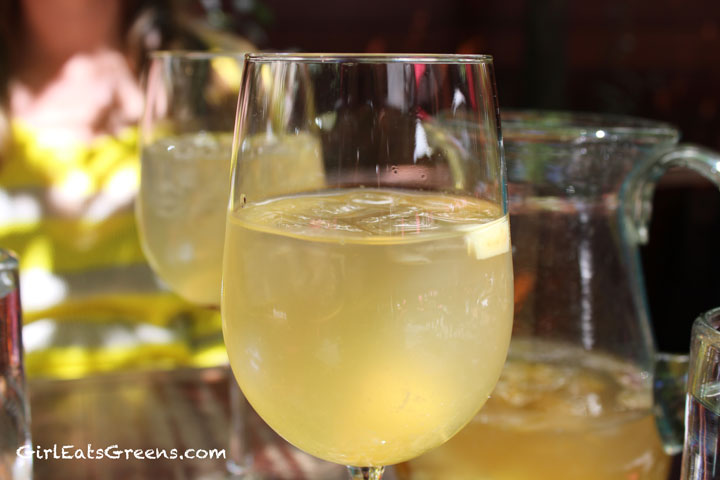 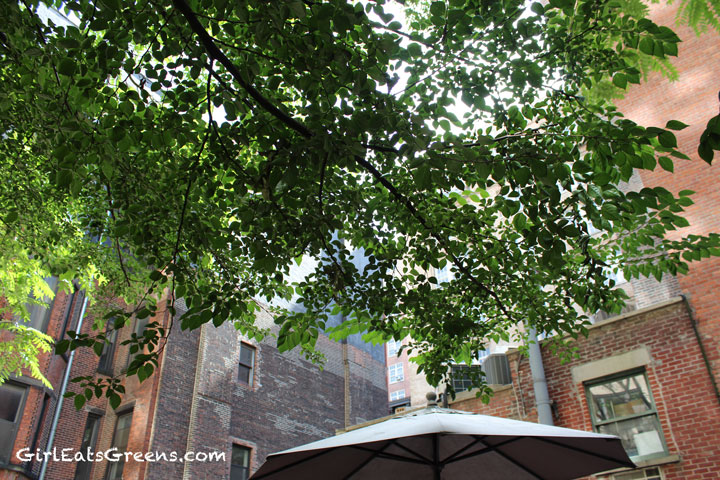